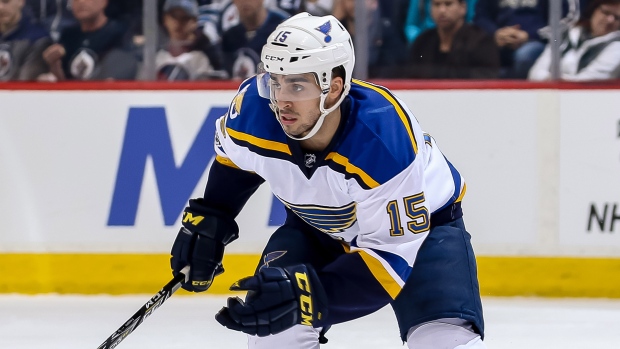 Fabbri, 23, was originally drafted by the Blues in the first round (21st overall) at the 2014 NHL Draft. In four season with St. Louis, Fabbri recorded 32 goals and 73 points in 164 regular-season games. Fabbri has one goal in nine games this season. He helped the team capture the franchise's first ever Stanley Cup championship in June.

De la Rose has appeared in 16 games with the Red Wings this season, collecting a goal and three assists. He was selected in the second round (34th overall) at the 2013 NHL Draft by the Montreal Canadiens. In 195 career NHL games, de la Rose has 12 goals and 31 points.