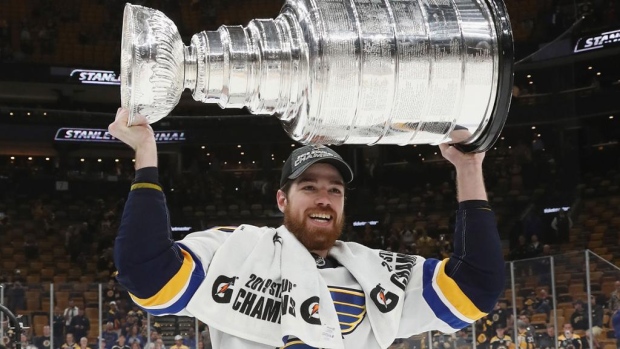 The 26-year-old scored 10 goals and added six assists over 52 games this past season with the Blues, his third full campaign in St. Louis.

The Washington Capitals originally selected the American in the second round of the 2013 NHL Entry Draft before trading him to the Blues during his rookie season in 2016-17.

Sanford has 38 goals and 36 assists over 209 career games and played eight games during St. Louis' run to the Stanly Cup title in 2019.