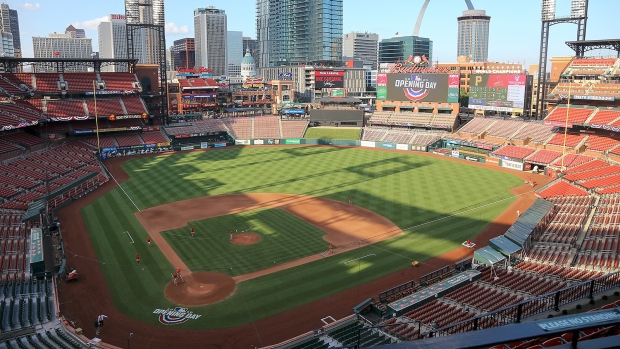 ST. LOUIS — Cardinals coach Willie McGee has opted out of being with the team for the rest of the season while Major League Baseball announced Friday several doubleheaders to make up for games St. Louis has missed because of the coronavirus.

The 61-year-old McGee, a four-time All-Star outfielder and the 1985 NL MVP for the Cardinals, told the St. Louis Post-Dispatch he has high blood pressure. McGee said he had three older daughters and five grandchildren living at his family home in California.

McGee said he doesn’t have the virus, but added, “having an underlying health issue with high blood pressure, I just don’t know how I would react if I were to get sick and I’m still not out of the woods."

The Cardinals are 2-3 this season and haven’t played since July 29 because of a virus outbreak that hit the team. Their game in Chicago against the White Sox scheduled for Friday night was called off.

St. Louis is set for a twinbill Saturday with the White Sox.

The doubleheader between St. Louis and Detroit scheduled for Aug. 13 will be rescheduled at a later date.