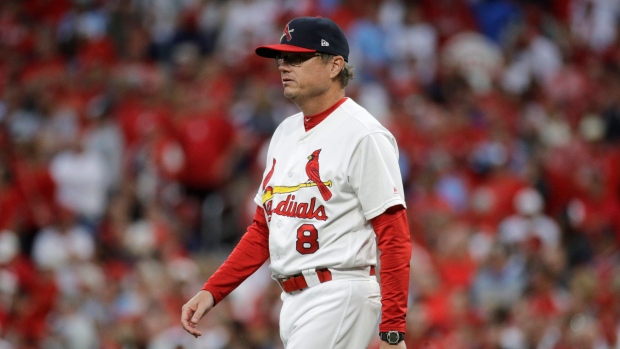 The ban comes as a result of his actions that led to the benches clearing during the fifth inning of Monday's game against the Milwaukee Brewers.

In a blowout 18-3 loss for the Cards, an animated Shildt walked over to the top stop of the Brewers' dugout to yell at the Milwaukee bench following Ryan Braun being awarded first base on catcher's interference when Yadier Molina's mitt caught Braun's swing. Both dugouts emptied onto the field. Former Cardinal and current Brewer Jedd Gyorko stepped between an irate Molina and Braun to try to bring the situation to order.

Shildt and Brewers manager Craig Counsell were both ejected.

Shildt is not appealing his suspension and will serve the ban in the second game of Wednesday's doubleheader.