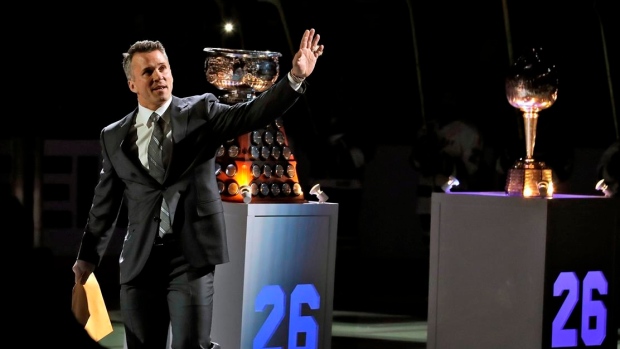 Martin St. Louis has joined the Columbus Blue Jackets as a special teams consultant, the team announced on Monday.

The Hall-of-Fame forward had a 17-year career in the National Hockey League where he scored 391 goals and added 642 assists in 1,1134 games with the Calgary Flames, Tampa Bay Lightning and New York Rangers.

St. Louis will be reunited with Blue Jackets head coach John Tortorella. The two won a Stanley Cup together with the Lightning in 2004.

"We're still developing his role, but he has so much knowledge about our game and what it takes to be successful, both individually and within the team concept, that he'll be a great asset to our players," Tortorella told the Blue Jackets' website.

St. Louis was a six-time NHL All-Star and won the Hart Trophy as the NHL's most valuable player in 2003-04. He also won a gold medal at the 2014 Sochi Olympics.