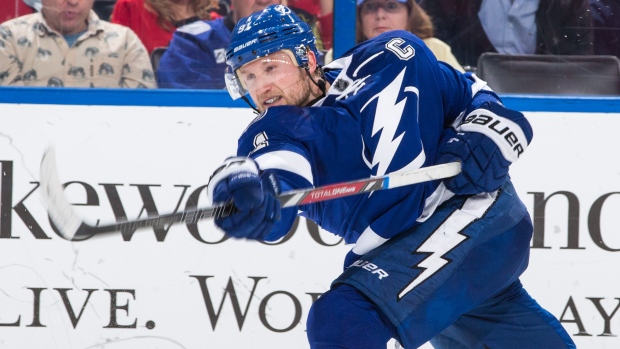 Tampa Bay Lightning forward Steven Stamkos has been the subject of many stories and reports about his NHL future in recent weeks.

Despite those stories, Stamkos reiterated on Saturday to the Tampa Bay Times that he continues to see that future with the only NHL team he's ever played for.

"Like I've always said, I envision myself winning a championship here and want to do that," Stamkos said. "I'm the captain of this team and I want to be that leader."

The 25-year-old also denied reports of a problem between himself and Lightning head coach Jon Cooper and says that their relationship has not affected his contract talks in any fashion.

"That's false too," he said. "There's been so many different articles written about Coop and I. How do they know what's going on in the room? A lot of it is speculation, a lot of it is a story that needs something to make it seem legit, there needs to be a reason (he's still unsigned). Why no one has had any concrete stuff is because there hasn't been anything to talk about. I think obviously the people who know me and are close to the situation know what's true and what's not true."

Stamkos would not comment on the actual contract negotiations and also would not commit one way or the other on the prospect of waiving his no-trade clause if he continues to remain unsigned at the February 29th trade deadline.