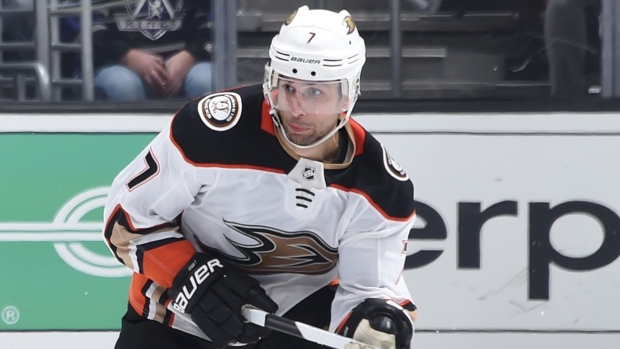 The Dallas Stars acquired forward Andrew Cogliano on Monday from the Anaheim Ducks in exchange for centre Devin Shore.

Shore, 24, has five goals and 17 points in 42 games this season in Dallas. He is signed through next season at a $2.3 million cap hit.

The trade for Shore comes just one day after Ducks general manager Bob Murray released a statement saying head coach Randy Carlyle would not be fired in the midst of the team's 11-game winless streak. Murray said in the statement he was "more focused" on the team's players and how they would respond to the skid.

Cogliano has spent the past eight seasons in Anaheim, having been acquired from the Edmonton Oilers in 2011. He has missed just two games in his NHL career, both were the result of a two-game suspension last season. He had 12 goals and 35 points in 2017-18, equaling his point total from the previous season.

"In acquiring Andrew, we are able to add a conscientious player who brings a veteran-presence to our room," Stars general manager Jim Nill said Monday. "His explosive speed, 200-foot game and iron-man mentality will help our team both on and off the ice."

Dallas currently sits third in the Central Division while Anaheim's skid has dropped them out of playoff spot.