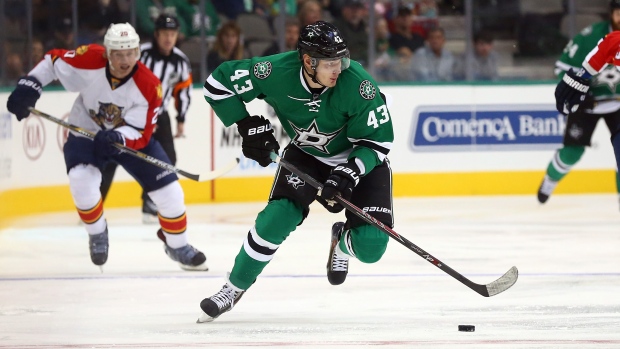 The Dallas Stars announced on Saturday that forward Valeri Nichushkin will have hip surgery and will be out for four months.

Nichushkin, 19, appeared in four games this season for the Stars and was held without a point. He was experiencing soreness in his hip and groin areas and was placed on injured reserve on Sunday.

He last skated in a game on Nov. 6 against Nashville, where he logged 12:39 of ice time.

Nichushkin was the Stars' first round pick (10th overall) in the 2013 Draft. He had 14 goals and 20 assists in 79 games during his rookie season last year.