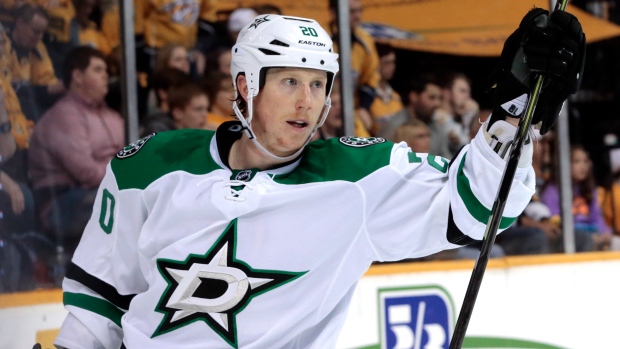 The Dallas Stars announced on Friday that the team had agreed to terms with centre Cody Eakin on a four-year extension. The deal is worth $15.4 million.

Eakins, 24, had 19 goals and 21 assists in 78 games for the Stars last season and was a fixture on the penalty kill.

Cody is a well-rounded player and has the versatility to play in a number of roles," said Stars general manager Jim Nill in a release. "He has the ability to shutdown opponent's top players, win faceoffs and kill penalties, all while producing offensively. Cody has been an important part of our team and will continue to be a part of our core for the next five seasons."

Selected in the third round of the 2009 NHL Entry Draft by the Washington Capitals, the Winnipeg native was acquired by the Stars along with a second-round pick at the 2012 draft in exchange for Mike Ribeiro,

Eakins won a gold medal with Canada at this past spring's world championships.