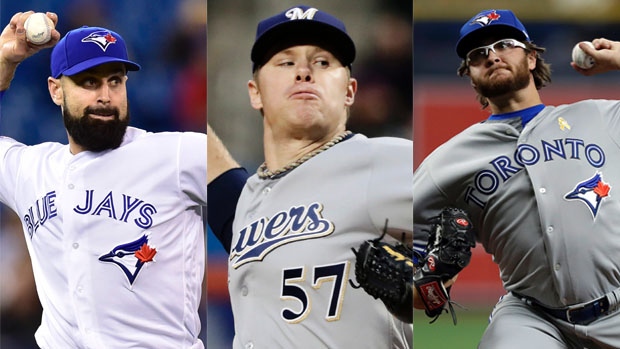 TORONTO — With the annual MLB winter meetings underway Monday in San Diego, the Toronto Blue Jays enter the meat of the off-season with a number of holes to fill.

Coming off a 67-win season, there’s improvement needed all over the roster, and while everything starts with the rotation, it doesn’t end there.

Over the next four days, we’ll take a look at each position group — rotation, infield, bullpen and outfield — to see how the roster currently looks, where the needs are, potential free-agent targets, and who’s on the way in the minor-league pipeline.

We’ll start with a rotation in need of major reinforcements, and it’s the clear top priority for GM Ross Atkins, who currently has about $64 million in payroll commitments on the books for 2020.

Ideally, the Jays are in the market for two starters, but quality options have been flying off the board in recent days, despite Atkins saying they’ve touched base with every free-agent starter on the market.

“I think Chase Anderson probably has, of the names we’ve mentioned, the most likely scenario is that he’s going to be in a spot, barring health and barring the rest of our off-season,” Atkins said Wednesday. “Then Matt Shoemaker, Ryan Borucki and Trent Thornton are in a similar category that they could make up one or two spots depending on the rest of our off-season. They might even make up three depending on his off-season.” 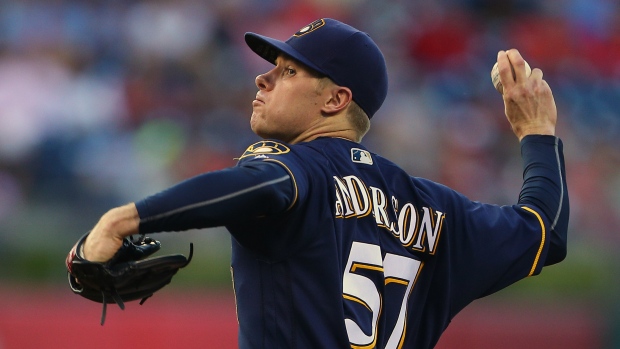 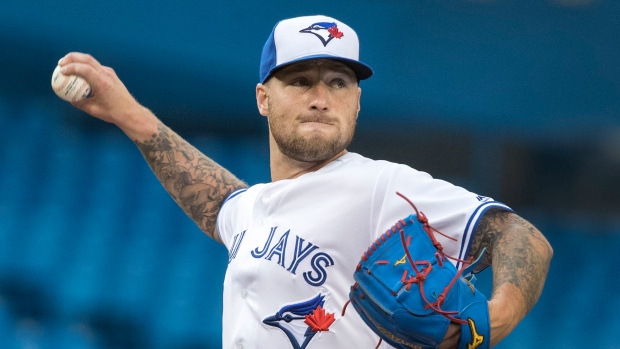 The Jays thought the 32-year-old Anderson had enough upside to take on his $8.5 million contract for 2020 from the Milwaukee Brewers early in the off-season, and then decided to keep the arbitration-eligible, ACL-rehabbing Shoemaker around at the non-tender deadline last week.

Borucki’s health is a constant question mark, but the lefty believes surgery to remove bone spurs was the final fix and he’s expected to be full go from the start of spring.

Though Thornton had his moments during his rookie year, he finished with a 4.84 ERA and gave up too many home runs.

Kay and Zeuch will make starts in Toronto next season, but they should serve as Triple-A depth to begin the year if everyone emerges from March healthy.

Not just one, either. Two at minimum.

Ideally, the depth chart you see above would add two names at the top, which cause a trickledown that lands Thornton in a bulk role and Kay back in Triple-A for some more seasoning.

Health, of course, will play a role in March and Borucki can’t really be counted on at this point, so two veteran arms that can be pencilled in for at least 170 innings over the next two-to-three seasons would be ideal.

On the bright side?

The Triple-A rotation is going to be really good in April. 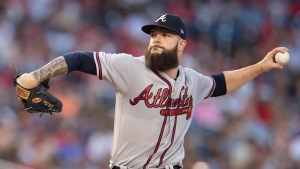 If you take the Jays out of the running for the top tier of starters — Gerrit Cole, Stephen Strasburg and Madison Bumgarner — Keuchel might be the best option next to Hyun-Jin Ryu, who is a target, as well. The Jays’ poor infield defence wouldn’t help the 58.9 per cent career groundballer, but the crafty lefty might consistently throw quality innings. Realistically, you’re hoping for 200 innings and an ERA around 4.00 for the next three years. What’s that worth to you? 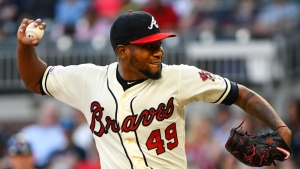 Similar to Keuchel, Teheran has a track record of being able to show up every fifth day and keep his team in ballgames, with the odd flash of brilliance. At a relatively young 29 next season, there’s a hint of potential upside if pitching coach Pete Walker can find an adjustment, especially with Teheran’s walk rates ballooning in recent years. 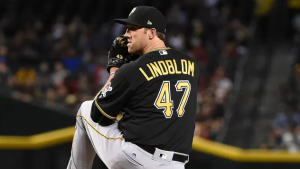 A second-round pick of the Los Angeles Dodgers in 2008, Lindblom posted 2.88 and 2.50 ERAs over the past two seasons in the Korean Baseball Organization. He’s a low risk play with some upside if the 32-year-old can make the jump successfully, and recent history of these types of arms returning from overseas says Lindblom has a good shot at being a backend starter at the very least. 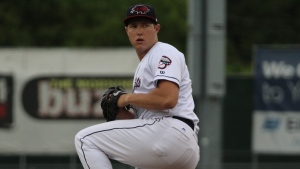 Coming off a lost year due to a broken arm suffered on a comebacker in 2018, things couldn’t have gone more smoothly for Pearson in 2019, as the Blue Jays carefully managed his innings early on before taking the reins off in the second half of the season.

That allows the 23-year-old to carry a 130-140 workload next year, likely starting at Triple-A in April and potentially through the Super Two date in June. 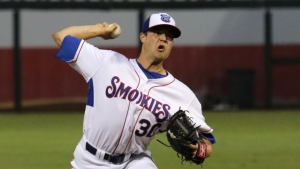 Mined from the Chicago Cubs organization at the trade deadline on July 31, Hatch now has 53 Double-A starts under his belt.

But his best run came during his six starts after the trade — reportedly due to a cutter Hatch added to his repertoire shortly before being dealt — as the 6-foot-1, 200-pounder walked just two batters in 35.1 innings and induced more ground balls than ever before

Added to the 40-man roster in November, Triple-A time is needed but the 25-year-old could get a cameo if the need arises.​