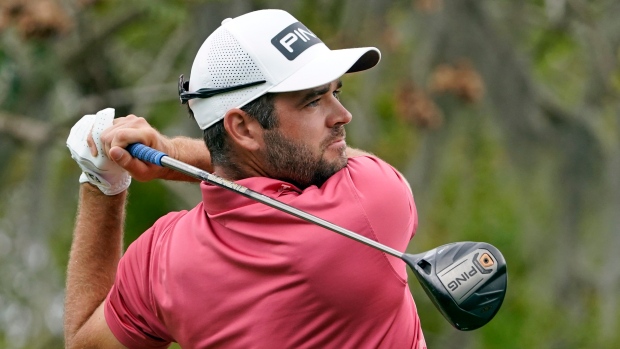 It wasn’t the most exciting round of the day but Corey Conners' one-under 71 was good enough to put him in the hunt heading into Sunday at the Arnold Palmer Invitational.

Conners posted two birdies and two bogeys on his opening nine, and then added a single birdie on his back nine in cool, blustery conditions. He sits one shot back of leader Lee Westwood, tied with Bryson DeChambeau in second.

“It was a pretty solid day,” said Conners. “Definitely thought the conditions were a lot trickier today than they were the last couple days. So proud of the way that I hung in there. I would have liked to have made a few more birdies, give myself some better chances, but it was quite tricky. So to hang in there and shoot a round under par is pretty good.”

As he did in the first two rounds, the 29-year-old from Listowel, Ont., rolled in a handful of clutch par-saving putts during his day, including a nine-footer on the second hole and a six-footer on the 15th. His putter, not usually the strongest of his assets, has been very good through three rounds and he sits fourth in Strokes Gained: Putting

Conners ended his day by making a slick up-and-down from a greenside bunker on the final hole to stay one off the lead.

Compared to other names on the leaderboard, Conners' day was downright boring. Westwood made eight birdies and an eagle, while DeChambeau thrilled the gallery by taking the direct route to the green on the par-5 sixth, hitting it 370 yards.

No one's day was more eventful than that of Jordan Spieth, who rolled in a 20-footer on the first hole for birdie and then aced the par-3 second. He ended up with a four-under 68 and is tied with Keegan Bradley, two shots back of the lead.

Despite all the notables who will be battling for the coveted red sweater awarded to the winner, Conners feels confident as he looks for his second PGA Tour victory. He’ll pull from past experiences when he tees off on Sunday.

“A lot of good experiences I've had and solid finishes and definitely draw a lot from my victory at Valero Texas Open,” stated Conners, referring to his 2019 title. “Got to be patient, but I have a lot of confidence in my game and got a great game plan, so just going to really stick to that and see what I can do tomorrow.”

Now in his fourth year on the PGA Tour, Conners has matured on the course and despite the multitude of marquee names around him on the leaderboard, he won’t feel out of place.

“I was probably more intimidated my first few years when I got near the lead,” he admitted, “but I feel really relaxed, I feel comfortable, I know just stick to my process and stick to my game plan and that's when good things are going to happen.”

Conners will play in the penultimate group along with Bradley, who posted a 64, the lowest round of the day. DeChambeau and Westwood will be in the final pairing.

A victory on Sunday would make Conners just the eighth Canadian to earn multiple victories on the PGA Tour. It would also be the first win by a Canuck since Nick Taylor grabbed the AT&T Pebble Beach Pro-Am in 2020.