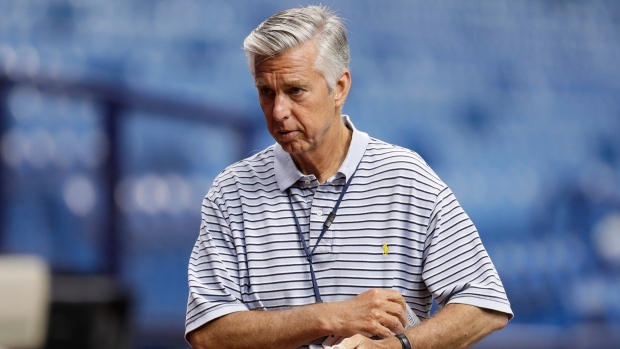 The baseball world got a shock Sunday night following Boston's 10-5 loss to the Yankees when Red Sox president of baseball operations Dave Dombrowski was fired less than a year after his team won the World Series.

While the Red Sox sit eight games back of the second American League wild-card spot and will likely miss the postseason, the team still sits nine games over .500 at 76-67.

“Sure, some of the things they did didn’t work, but they went to the World Series last year. He’s had great success. How does that not buy you getting through when nobody has won back-to-back World Series since the Yankees at the end of the 1990s and 2000? Like, nobody’s done it, so I don’t get it. What is the expectation? That they’re supposed to win a World Series again? It’s bizarre to me that they’re letting him go," Phillips said.

“This is shocking to me. He made the playoffs three straight years, wins the World Series last year and the idea of not winning again the following year, that’s kind of been the way baseball has gone," he said Monday on TSN Radio 1050.

“You look at some of the decisions this season. They did it differently than I would have done it but it doesn’t mean that I was going to be right. When they were doing it I thought I would not bring back exactly the same team, which is what they were sort of [trying to do]."

The Red Sox re-signed Steve Pearce and Nathan Eovaldi but let closer Craig Kimbrel walk in free agency. Chris Sale signed a five-year, $145 million extension in March but went on to have the worst season of his career (6-11, 4.40 ERA) before being shut down for the year with left elbow inflammation. But according to Phillips, that wasn't all on Dombrowski.

"They extended Chris Sale, which I thought, man, coming off last year’s shoulder issue at the end of the year, that’s pretty risky. But a general manager, a president of baseball operations doesn’t make that decision without doctors saying that it’s okay to do it.”

Dombrowski was hired by the Red Sox in 2015 with the team in the middle of back-to-back last-place finishes. The 63-year-old previously helped bring a World Series title to the Marlins organization in 2003 and guided the Detroit Tigers to two American League pennants.

According to multiple reports, the Red Sox will not hold a press conference on Monday to discuss the firing.

Red Sox are not holding a press conference today, which is odd, considering they just fired the leader of their baseball operations group.