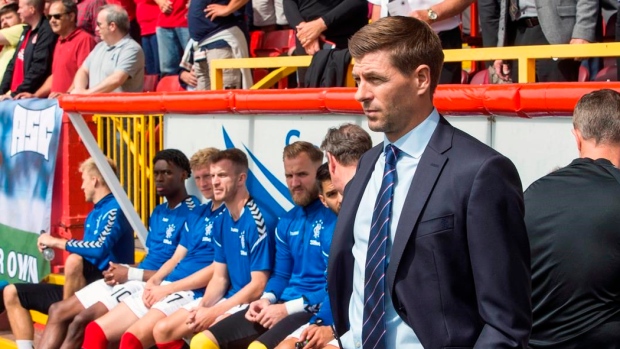 Villa, who fired Dean Smith after five straight losses last week, have yet to make an official approach for the 41-year-old former midfielder, but hope to have a new boss in place in time for the team's Nov. 20 home game against Brighton.

The PFA Scotland Manager of the Year for 2020-2021, Gerrard has been at Ibrox since 2018. Last season, he led Rangers to the team's first Scottish Premiership title in a decade. The team currently sits atop the table on 30 points from 13 matches, four points clear of archrivals Celtic.

Gerrard's connection to Villa is through chief executive Christian Purslow, who knows the former England international from their time at Anfield. Gerrard made 504 league appearances over 16 seasons with the Reds and won two FA Cups, three League Cups and the 2005 Champions League title as a player.

Rangers is unlikely to make Villa's pursuit easy for the team and will push back against it and demand significant compensation should Gerrard force the issue.