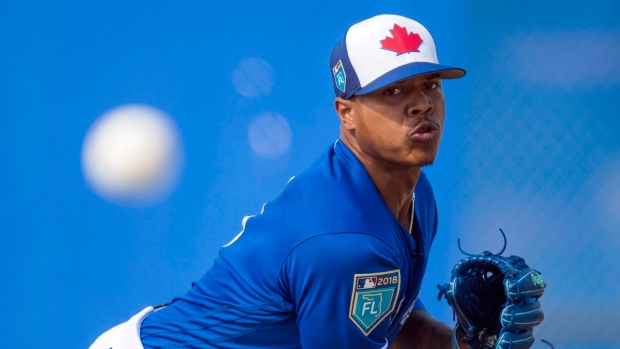 Stroman has been ruled out for Opening Day. Gibbons admitted Stroman wasn't happy about decision but #BlueJays intend to take a cautious approach. Still a possibility to start later that first week.

The 26-year-old has been dealing with inflammation in his right shoulder, an MRI earlier this spring showed no structural damage.

While the starter was ruled out of the opener, it is possible he starts during the first week of the season.

The 26-year-old is in his first season with the Jays, after being acquired in a January deal with the St. Louis Cardinals for Conner Greene and Dominic Leone.