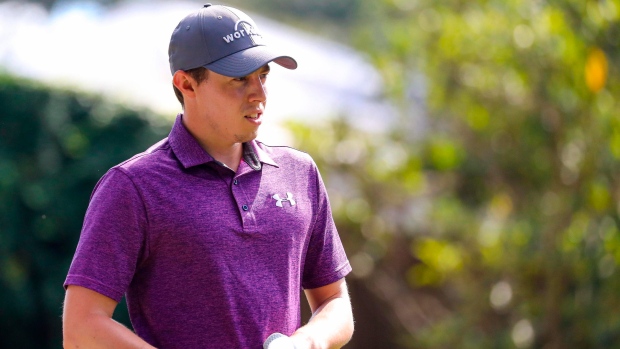 ROME — A blistering finish from five-time European Tour winner Matthew Fitzpatrick saw him maintain his one-stroke lead heading into the final round of the Italian Open.

English golfer Fitzpatrick birdied four of the last six holes on Saturday to move to 13 under overall with a 3-under 68 in the third round, and hold off the challenges of rookies Kurt Kitayama and Robert MacIntyre.

"To put myself one in front gives me a little bit of help," Fitzpatrick said. "I'm just looking forward and I'm ready to go already.

"Coming down the hill on the 12th it didn't feel like I should be 1 over. I didn't hit as many good shots as I would have liked around the turn so that cost me a little bit and put me back. To finish the way I did was great."

Fitzpatrick is sixth in the Race to Dubai rankings and is looking to regain his spot in Europe's Ryder Cup team after missing out on the competition last year.

American Kitayama is second at 12 under after a 6-under 65. He's a shot ahead of Scotland's MacIntyre, who leapt from 18th to third after a bogey-free 64 at Olgiata Country Club.

With a $7 million purse in the Rolex Series event, the Italian Open is back in Rome after 17 years as the local federation attempts to boost interest ahead of the 2022 Ryder Cup at the nearby Marco Simone club .

Local favourite Francesco Molinari missed the cut on Friday. The Italian was playing in his home country for the first time since winning last year's British Open and leading Europe to the Ryder Cup trophy with a 5-0 record.