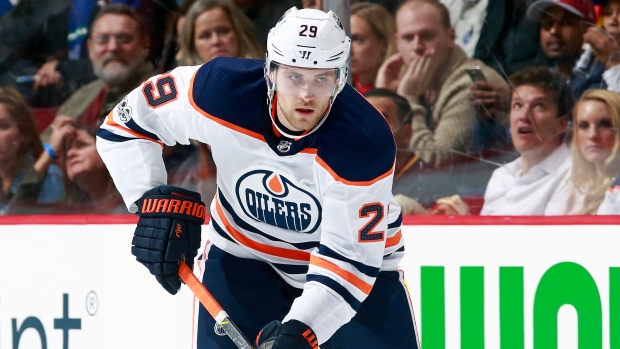 Draisaitl has been dealing with concussion and eye issues and did not play in Saturday's 6-1 loss to the Ottawa Senators. According to the Edmonton Journal, Draisaitl has been skating on his own, and he will be re-evaluated on Tuesday.

Draisaitl was injured during the team's 5-2 loss to the Winnipeg Jets last week. But his injury initially wasn't thought to be concussion-related.

“The first two and-a-half days we were talking about Leon he had a black eye and his vision wasn’t good enough to be on the ice (practice). The trainers weren’t telling me about a potential concussion but as time wore on, the eye got better, and he didn’t feel right," Oilers head coach Todd McLellan told the Edmonton Journal last week.

In three games so far this season, the 21-year-old has one goal and two assists. Last season, he broke out with 29 goals and 48 assists while playing in all 82 games.

The Oilers are 1-3 and will take on the Carolina Hurricanes Tuesday night.