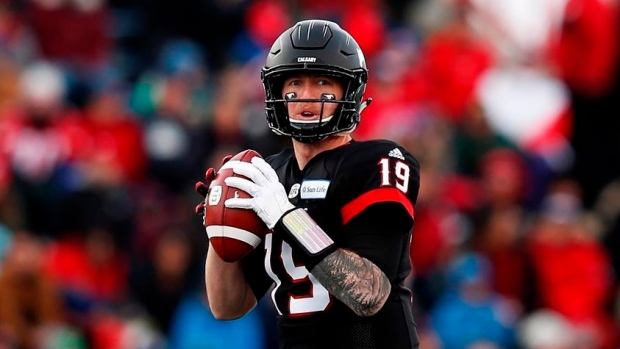 Sunday’s nail-biting CFL PLAYOFFS doubleheader were watched by 1.4 million Canadians on TSN and RDS, overnight data from Numeris confirms. The CFL’s Eastern and Western Finals grew 19% with total viewers on the two networks over last year, with almost 6 million Canadians watching some or all of the finals.

The Eastern Final, featuring Saskatchewan @ Toronto attracted an average audience of 1.5 million as the Argos secured a win with a last-minute touchdown drive, leading to a 25-21 victory over the Saskatchewan Roughriders. In the Western Final, an average audience of 1.4 million viewers watched as Calgary withstood a valiant fourth-quarter rally from Edmonton to claim a 32-28 victory.

The CFL PLAYOFFS culminate with complete live coverage of the 105th GREY CUP presented by Shaw – one of 60+ iconic championships that live on TSN – live from Ottawa’s TD Place Stadium on Sunday, Nov. 26 at 6:30 p.m. ET on TSN and RDS.