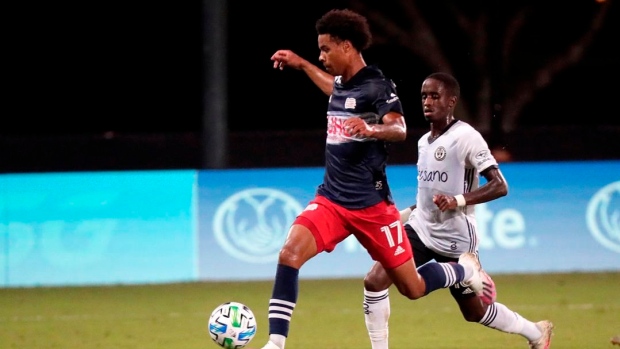 Tajon Buchanan appears poised to become the next Canada international to ply his trade in Europe.

TSN's Matthew Scianitti reports that Belgian giants Club Brugge and Bundesliga side Augsburg are "neck and neck" in discussions with the New England Revolution for the 22-year-old Brampton, Ont. native's services.

Scianitti notes that both teams have submitted bids to the Revs for the winger, who had a breakout Gold Cup and was named to the tournament's Best XI.

In his third pro season out of Syracuse, Buchanan was named an MLS All-Star earlier this week.

Club Brugge finished atop the Belgian First Division A last season for their 17th domestic title and will play in this season's Champions League.

Augsburg are coming off of 13th-place finish in the Bundesliga last season.

The new season for the First Division A kicked off in late July, while Augsburg gets its league campaign underway on August 14 with a visit from Hoffenheim.