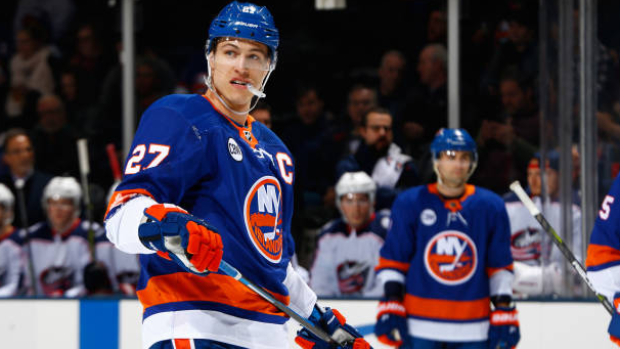 The New York Islanders could see their captain hit unrestricted free agency in July for the second straight summer.

According to TSN Hockey Insider Pierre LeBrun, talks between forward Anders Lee and the Islanders have stalled over the length of the 28-year-old's next deal.

"It is interesting. Anders Lee has not yet signed a contract extension. And believe me, he wants to sign one," LeBrun said Tuesday on Insider Trading. "Lou Lamoriello, GM of the Islanders, says it remains a top priority to get Anders Lee signed. My understanding is there has been dialogue, on-again, off-again really since the start of the season. Neil Sheehy, Anders Lee's agent, has been spotted at Islanders practices, skates and games five or six times since October and my sense is Sheehy will be there before the end of the regular season again to take another stab at this.

"Why hasn't it happened? I think it's term. On the Anders Lee side, they want seven or eight years. On the Islanders side of things, obviously below that."

In October, Lee wrote on an NHL Players' Association Q&A that the best quality in a teammate was "loyalty."