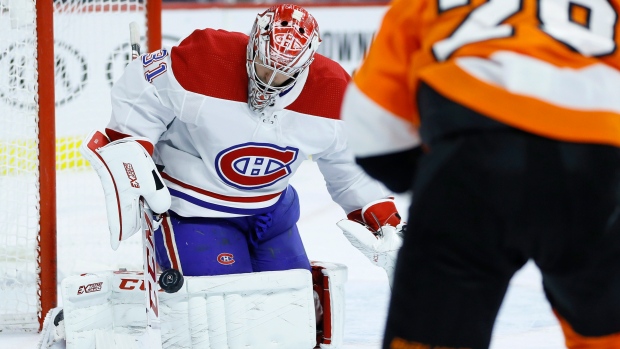 OTTAWA — Canada's top health official says proposals are being reviewed from sports leagues looking to resume play — including the NHL — but the mandatory 14-day quarantine for people entering the country remains in place for now.

Dr. Theresa Tam said Thursday that protecting Canadians remains the key objective when considering a resumption of activities that were suspended due to the COVID-19 pandemic, including professional sports.

Tam's comments came two days after the NHL announced its plans to resume its 2019-20 season, which calls for games to be played out of two hub cities.

Edmonton, Vancouver and Toronto are among the 10 cities shortlisted by the NHL as potential locations, but deputy commissioner Bill Daly said those markets would be out of the running if the mandatory quarantine at Canada's international border remains in place.

Alberta Premier Jason Kenney has sent a letter to Prime Minister Justin Trudeau for assistance in coming up with a solution to allow NHL players based outside of Canada to get into the country.

A number of NHL players are currently based in the United States or Europe.

The NHL said it expects to make a decision on the hub cities in the next three or four weeks.