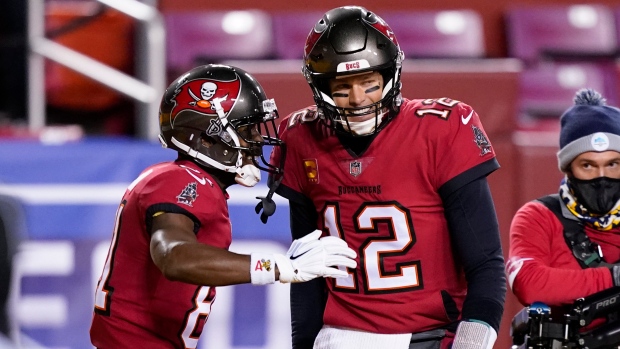 The Tampa Bay Buccaneers will be without the services of Antonio Brown for their NFC Championship game against the Green Bay Packers on Sunday, head coach Bruce Arians confirmed on Friday.

The former All-Pro wide receiver picked up a knee injury during the team's 30-20 victory over the New Orleans Saints last weekend in which he had a single catch and exited early.

Brown, 32, had not practiced all week and underwent an MRI on Monday.

A seven-time Pro Bowler, Brown is in his first season with the Bucs, coming over as a free agent and following quarterback Tom Brady with whom he briefly played alongside on the New England Patriots.

In eight games this season, Brown recorded 45 receptions for 483 yards and four touchdowns. He also had a touchdown in the Bucs' playoff victory over the Washington Football Team.