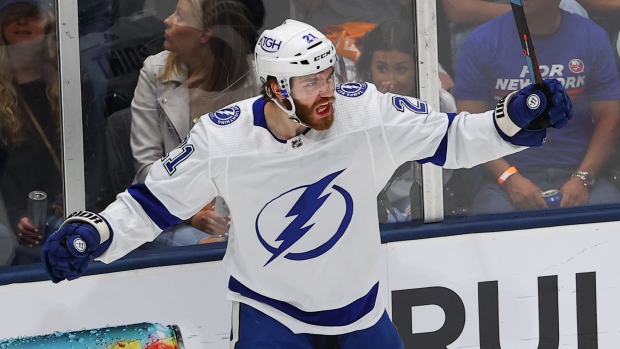 Point had one year left on his current deal worth an average annual value of $6.75 million

He appeared in 56 regular-season games last season and posted 23 goals and 25 assists.  He also played in 23 playoff games and scored 14 goals and added nine assists as the Lightning defended their title with a five-game series win over the Montreal Canadiens.

The previous season, Point also scored 14 goals during the playoffs as the Lightning captured the Stanley Cup over the Dallas Stars.

The Calgary native has spent his entire five-year, 351 game NHL career with the Lightning. Tampa selected Point in the third round, 79th overall, in the 2014 NHL Entry Draft.