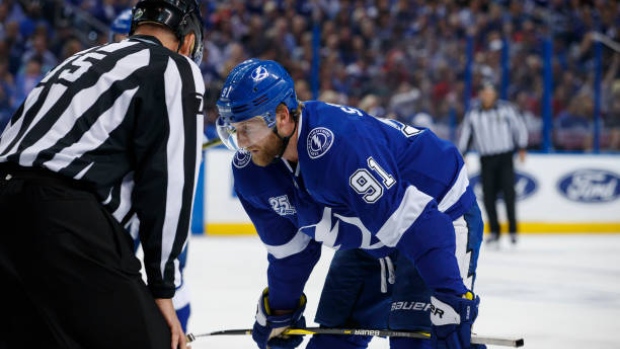 Lightning head coach Jon Cooper added, however, that Stamkos is considered day-to-day and could return to the lineup later this week.

The team's captain was injured in Thursday's 4-2 win over the Chicago Blackhawks. He did not take part in the morning skate with the team on Monday.

Coop says Steven Stamkos will again be out for tonight’s game.

The captain did not take part in morning skate. #BUFvsTBL

In 19 games this season, Stamkos has seven goals and 20 points.

The Lightning, who have won two straight games, will host the Buffalo Sabres on Monday night in their first of four games this week.