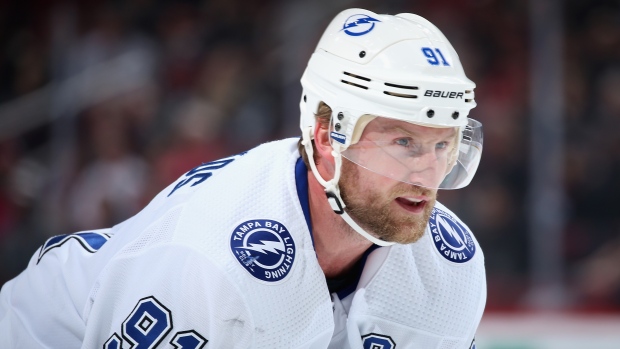 Tampa Bay Lightning general manager Julien BriseBois remains hopeful that captain Steven Stamkos could return at some point during the Stanley Cup Final, but the 30-year-old is unlikely to be available for Saturday night's Game 1 against the Dallas Stars.

Steven Stamkos update: GM Julien Brisebois says he’s still rehabbing, but “We haven't ruled him out. I don't expect him in the lineup tomorrow (for Game 1).” #GoBolts

"We haven't ruled him out," BriseBois said on Friday, a day after the team's Eastern Conference Final victory over the New York Islanders. "I don't expect him in the lineup [for Game 1]."

A native of Markham, Ont., Stamkos has not appeared in game for the Bolts this postseason since undergoing core surgery in March. Last week, coach Jon Cooper revealed that Stamkos had returned to skating with the team.

The first overall pick of the 2008 NHL Entry Draft out of the Ontario Hockey League's Sarnia Sting, Stamkos just completed his 12th season in the NHL.