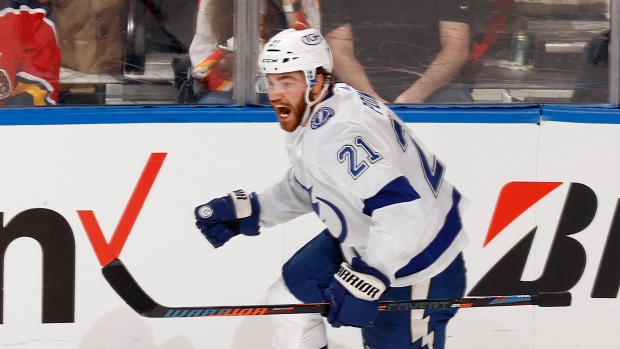 Point was ruled out indefinitely on Sunday after being injured in the third period of Saturday's loss to the New Jersey Devils.

The 25-year-old has seven goals and 13 points 16 games this season after scoring an NHL-best 14 goals in the playoffs last season.

Cooper did not have an update on injured winger Nikita Kucherov other than noting he has not yet begun skating. Kucherov was given a timeline of eight-to-10 weeks after undergoing surgery on a lower-body injury in late October.

Coop didn’t have an update on Nikita Kucherov when asked but did mention he’s not skating yet. #Bolts

The Lightning, who are off to a 10-4-3 start this season after winning the past two Stanley Cups, will host the Philadelphia Flyers on Tuesday.