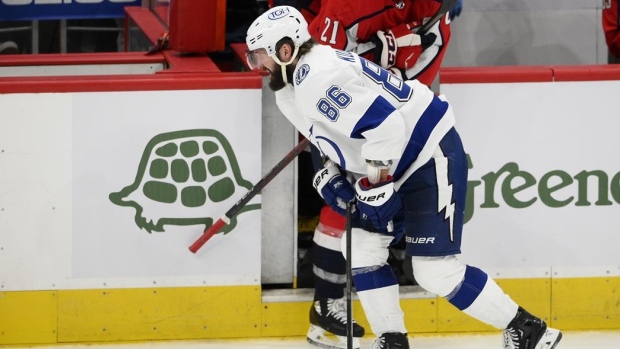 Kucherov missed all of the 2020-21 regular season after undergoing hip surgery in the offseason. He returned in the playoffs to have eight goals and 24 assists to help the Lightning win their second consecutive Stanley Cup.

The 2019 Hart Trophy winner appeared to suffer an abdominal or groin injury chasing a puck during the third period of a 2-1 overtime victory at Washington last Saturday night.

“I’m more frustrated for him because I just know the work it took for him to get back,” Cooper said. “He was rewarded in the end with hoisting the Stanley Cup again, but I know he was looking forward to having a big year.”