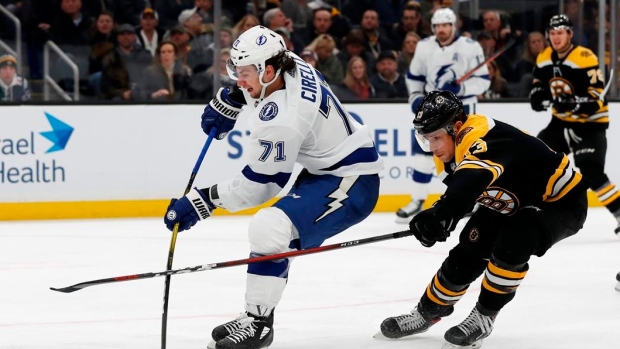 The Tampa Bay Lightning announce they have signed forward Anthony Cirelli to a three-year contract extension worth $4.8 million annually.

A little early Christmas gift for ya. 😊

We have re-signed Anthony Cirelli to a three-year contract worth $4.8 million AAV!

The 23-year-old scored 16 goals and added 28 assists in 66 games last season for the Lightning.

He also skated in 25 Stanley Cup Playoff games in 2020, recording three goals and nine points to go along with two penalty minutes.