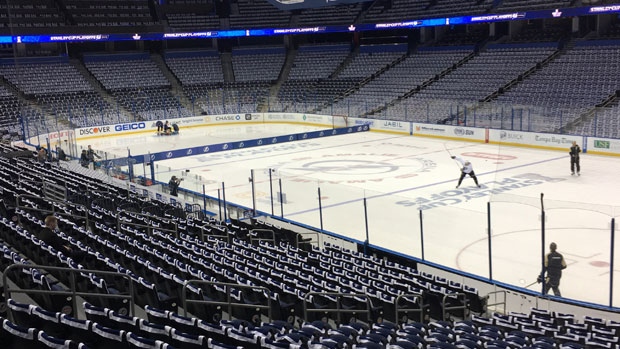 The Tampa Bay Lightning have re-signed defencman Daniel Walcott to a one-year, one-way contract, it was announced Friday.

The 26-year-old skated in 55 games this season for the AHL's Syracuse Crunch, recording seven goals and 12 assists. Both were career-highs.

He was selected in the fifth round (No. 140 overall) by the New York Rangers in the 2014 NHL Draft and then traded the following June to the Lightning in exchange for a seventh-rounder in 2015.

The blueliner is a native of Ile Perrot, Que.