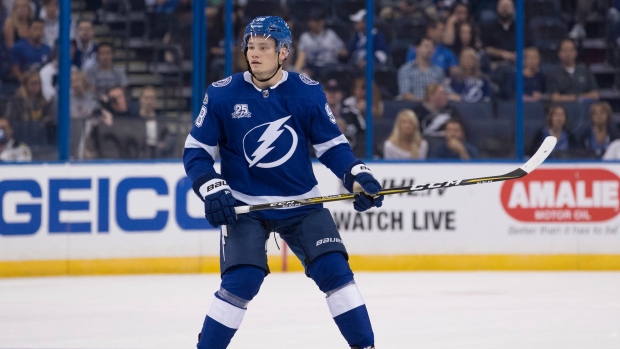 The Stanley Cup champions have locked up a key blueliner.

Sergachev, 22, appeared in 70 games last season, scoring a career-high 10 goals and adding 24 assists. His 20:22 of ice time a night was third among Bolts rearguards.

A native of Nizhnekamsk, Russia, Sergachev appeared in all 25 of the team's playoff games, recording 10 points.

The ninth overall pick of the 2016 NHL Entry Draft, Sergachev has appeared in 228 contests over four NHL seasons, with 25 goals and 81 assists for his career.

Sergachev was acquired by the Lightning in 2017 in a trade for Jonathan Drouin with the Montreal Canadiens, with whom Sergachev made his NHL debut and played four games in his first season.

Internationally, Sergachev has represented Russia on a number of occasions, including as part of a bronze medal-winning team at the 2017 World Junior Hockey Championship and at the 2019 IIHF World Championship where Russia also placed third.

A restricted free agent, Sergachev had just completed his rookie deal in which he was paid an average annual value of $832,000