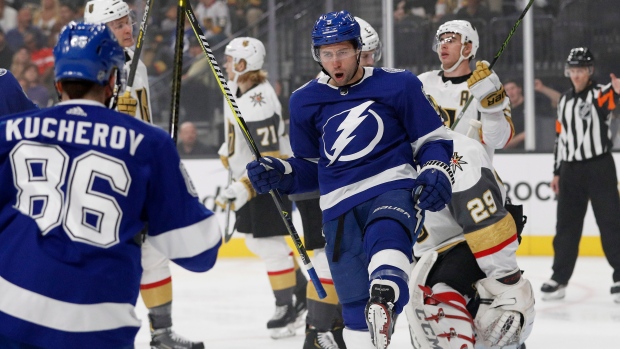 TSN Hockey Insider Pierre LeBrun reports Johnson extended his list of approved teams to be traded to this week, but the Lightning could not get a deal done.

Tyler Johnson's camp had extended his list of teams to 7-8 for Tampa but the Bolts couldn't get a trade done. Now he's on waivers. He's got 4 x 5M aav left although his cash salary for next season is $3.75 M. Seattle-bound in a year?

Johnson has four years remaining on his contract, which carries a salary cap hit of $5 million per season and a full no-trade clause.

Meanwhile, the Lightning are bringing back forward Pat Maroon on a two-year, $1.8 million deal and defenceman Luke Schenn on a one-year, $800,000 pact according to TSN Senior Hockey Writer Frank Seravalli. Maroon's contract will carry a cap hit of $900,000.