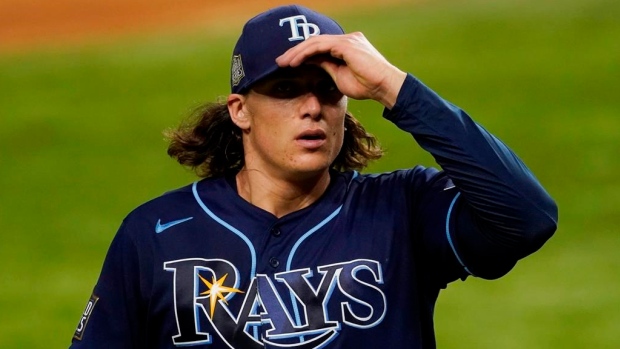 ST. PETERSBURG, Fla. (AP) — Tampa Bay Rays ace Tyler Glasnow will undergo Tommy John surgery on Wednesday that will sideline him the rest of this year and possibly all of next season as well.

The team announced the news during Tuesday night's game against Seattle.

The news was not unexpected.

The decision was finalized after a follow-up examination Tuesday.

Tampa Bay began the day leading the AL East by one game over Boston despite having 15 pitchers on the IL.