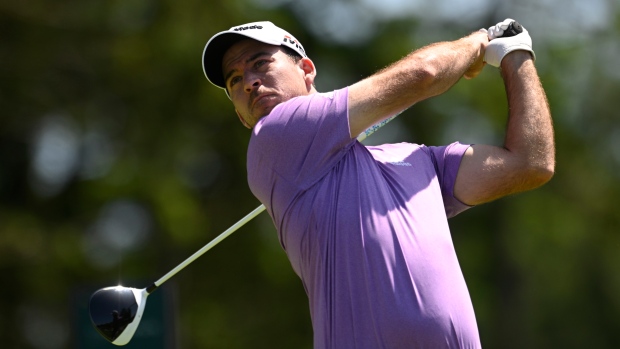 What’s the best part about returning to a tournament where you’ve won before? For Nick Taylor, who tees it up at the Sanderson Farms Championship this week, site of his lone PGA Tour win in 2014, it can be the small things.

“There’s a parking spot close to the clubhouse,” he said with a chuckle. “That’s a huge bonus.”

Aside from the short walk to the locker room, Taylor can call upon the good feelings of his victory here back in his rookie season. He’s also finished inside the top 26 in three other appearances.

“Even outside of my win I feel I’ve played pretty well here,” he stated, “so it’s exciting to come back.”

Taylor is entering his sixth season on the PGA Tour and feeling confident about his game. His performance in 2018-19 showed a marked improvement in a number of areas, especially on the greens.

“When I went through all my stats last year and had some time to reflect,” stated the Abbotsford, B.C., product, “it was probably one of my best years on tour although the results were kind of lagging behind them.”

Taylor chalked up his mediocre finishes to some poor play on Sundays where his final-round scoring average ranked him 160th, more than 100 spots worse than the same mark for his first three rounds.

Still, he was never in danger of dropping out of the top 125 on the FedEx Cup points list. That hasn’t always been the case and it meant a less pressure-packed finish to the season.

It also meant a nice break for the former World No.-1 ranked amateur. He and his wife, Andie, took a week vacation in Iceland and then headed home for some down time as well as hosting his annual charity tournament that raises funds for local charities back in B.C.

“It was nice not to have as much stress as last year,” he stated. “I felt like it was a solid year even though the results may be lagging behind a little bit but it was a good year with lots of positives.”

Now entering his sixth year on tour, Taylor admitted that everything seems a bit more comfortable. He knows the courses, knows the travel routine, what restaurants to dine in and how to navigate the airports.

He admitted that the almost-veteran status he’s now earned has snuck up on him.

“When I first got on tour, I had dinner with David Hearn and Graham DeLaet,” Taylor said, “and they were on about their sixth and eighth years and they told me it was going to go by fast. I was saying if I get to six or eight years I’ll let you know. I’m on my sixth year now but it’s amazing how fast it goes, how it all blends together. I’m pretty fortunate being in my sixth year.”

As far as his game goes, Taylor said that he wouldn’t make many big changes on the course this year. He added a fourth wedge to his bag this week to see if he can improve on some of the half-shots that come up from short distance but other than that is pleased with his play. A tie for 24th at the season-opener last week at The Greenbrier was a positive start, especially with a 65 on Sunday.

Off the course, however, things are about to get a lot different. Taylor and his wife are expecting their first child in November. To understand fully what to expect of life on tour with a baby, Taylor tapped in to the experience of a fellow Canuck.

“I’m close with Mackenzie Hughes and they have a young son who turns two in a bit,” he stated. “We’ve stayed with them and got the ins and outs of what to get and what not to get. We’ll take it slow. Our timing works out and we’ll have a couple of months at home before we have to figure out what we’re doing. We’ll play it as it comes. It will be a brand new experience so we’re both looking forward to it.”

For now Taylor is enjoying his primo parking spot and hoping to gather the good feelings he has from returning to a spot where he won. With his game in shape, his experience to draw from and life off the course exciting, there’s every reason to believe he might get some more nice parking spots at other locations before the year is over.