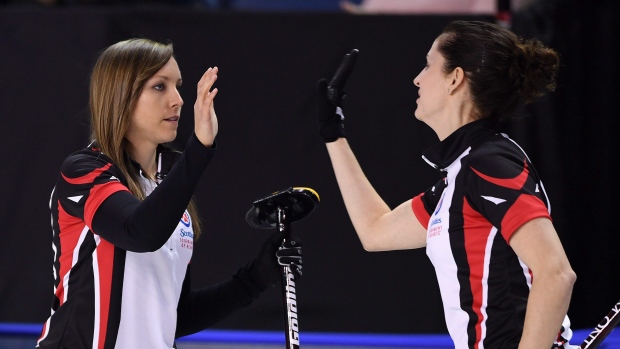 “It is with mixed emotions that we share news about upcoming changes to team Homan. Rachel, Emma and Joanne are sad to announce we are parting ways with Lisa,” the team said on their official Twitter account. “Over the years we’ve grown together and are so proud of everything we’ve accomplished.

“While this is a very difficult decision to make on many fronts, we are restructuring our front end to continue in our relentless pursuit of excellence.”

A statement from Rachel, Emma and Joanne : pic.twitter.com/I0zfRKV80O

Weagle, 34, won three Scotties Tournament of Hearts (2013, 2014, 2017) and a world championship in 2017 with Team Homan. Weagle as well as Homan, third Emma Miskew and second Joanne Courtney represented Canada at the 2018 Olympics, finishing off the podium.

Weagle has played with Homan since the 2010-11 season.