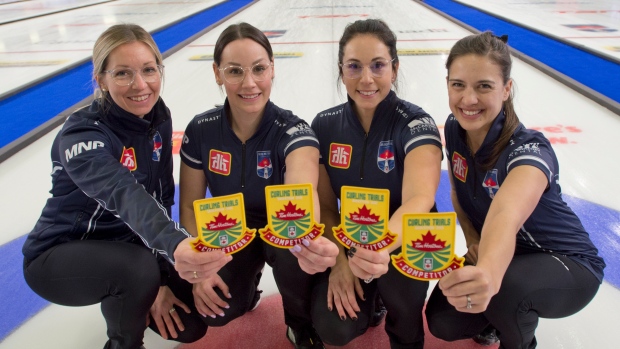 LIVERPOOL, N.S. - Tanner Horgan drew the button with his final throw Saturday to lead his team to its seventh straight victory at the Home Hardware Canadian Curling Pre-Trials.

The 6-5 win over Paul Flemming of Halifax gave the Kingston, Ont.,-based foursome a spot in the first men's qualifying game for a berth in next month's Olympic trials in Saskatoon.

Flemming lost 9-4 to Pat Simmons of Winnipeg Beach, Man., on Saturday night while Howard bounced back with a 6-4 victory over Tyler Tardi of Langley, B.C.

Krista McCarville of Thunder Bay, Ont., earned the first women's berth by beating Jacqueline Harrison of Dundas, Ont., 9-6 in the evening draw after both teams won playoff games earlier in the day.

McCarville broke a 6-6 draw with two points in the eighth end and another in the ninth to take the win despite going down 5-1 early. McCarville also overcame a four-point hole in an 8-7 victory over Mackenzie Zacharias of Altona, Man., earlier Saturday.

“I don’t think we’ve ever come back from two different four-point deficits in the same day,” said McCarville.

“There were a lot of emotions in that game. Obviously we didn’t have the best second end by giving up five, but if you’re going to give up five, you want to do it early in the game. This week has been a battle of comebacks and this is something our team is really good at.”

Harrison scored a deuce in the 10th for an 8-4 win over Suzanne Birt and her team out of Montague and Cornwall, P.E.I. Birt was later beaten 8-6 by Sherry Anderson of Martensville, Sask., in an elimination game.

Three draws were scheduled for Sunday. In all, four teams - two women's rinks and two men's teams - will qualify for the Saskatoon trials next month.