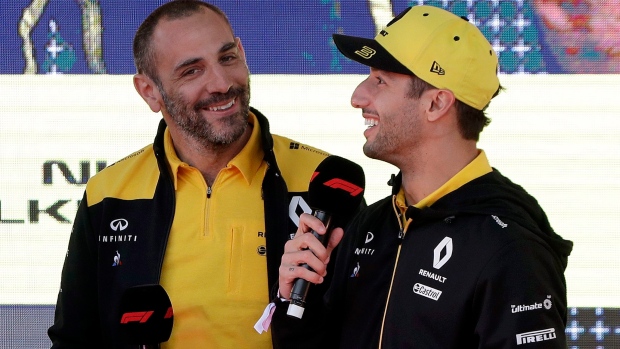 Renault F1 Team will have a new name, new look, and new team boss next season.

The Formula 1 team, which will rebrand as Alpine ahead of the 2021 season, announced the departure of long-time team boss Cyril Abiteboul on Monday.

Abiteboul had been expected to take on a new role following the management shakeup at Renault that resulted in their F1 team getting rebranded as Alpine, but instead has left the company entirely.

"I would like to thank the Groupe Renault for having trusted me for many years, particularly with the relaunch and reconstruction of the team since 2016," Abiteboul said.

"The solid foundations of the racing team and the entities in France and England built over these years, the strategic evolution of the sport towards a more economically sustainable model, and more recently the Alpine project which provides a renewed sense of meaning and dynamism, all point to a very fine trajectory."

Laurent Rossi has been named CEO of Alpine and will take charge of the F1 team.

Renault returned to F1 in 2016, buying the former Lotus team and turning them into a works team.

Alpine is Renault's sports car brand. The rebrand will also see Renault swap it's black and yellow livery for a red, blue, and white look, which is synonymous with the French flag.