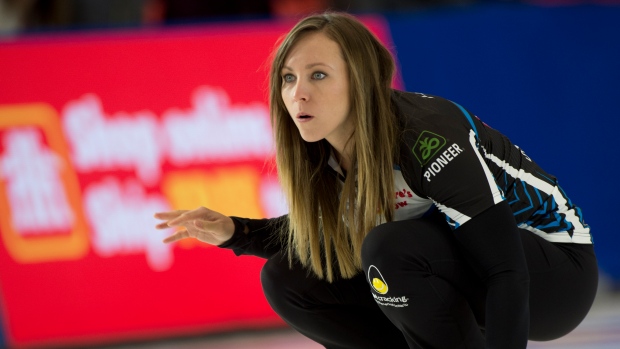 The Ontario Curling Association announced Friday that Ottawa's Team Rachel Homan will represent the province at the 2022 Scotties Tournament of Hearts at the end of the month in Thunder Bay after playdowns were cancelled this week due to COVID-19.

After heavy consideration and analysis of numerous factors, @CurlON_ is pleased to announce @TeamHoman as our representative at the 2022 Scotties Tournament of Hearts in Thunder Bay, ON.

"The Canadian Team Ranking System (CTRS) played a part in the final decision for our representative, also included in this review were results based on Strength of Field Multiplier (SFM), and history in events of a national/international calibre," the Ontario Curling Association said in a statement.

Homan's rink is currently the topped ranked Ontario-based team on the CTRS, sitting in the fifth spot. Team Hollie Duncan is just over three points behind in the sixth spot.

However, if Homan and teammate John Morris are selected by Curling Canada to represent the country in mixed doubles in next month's Beijing Olympics, the Scotties spot will be given to Team Duncan.

"We could never have anticipated a situation where our team’s participation in the Scotties Tournament of Hearts would be contingent on a selection for the Olympics (Mixed Doubles). To represent your country or your province is always an incredible honour," Team Homan said in a statement. "While it’s unfortunate we weren’t able to compete at provincials to secure our spot, we’ve worked hard all season to earn our CTRS ranking, and we’ve been training together in hopes of getting back on the ice. We appreciate your support as we await this decision."

Team Homan have made three straight Scotties finals, losing all three, including the past two to Manitoba's Kerri Einarson. Homan, who has played in eight Tournament of Hearts in her career, is a three-time Canadian champion, winning most recently in 2017.

Laurie St-Georges and her Quebec foursome will attend their second straight Scotties, Curling Quebec announced on Friday as well.

The Thunder Bay Scotties are scheduled to run from Jan. 28 - Feb. 6. For a full look at the current Scotties field, click HERE.