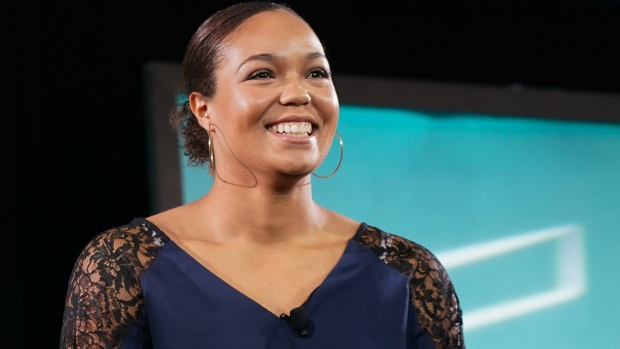 Minnesota Lynx forward Napheesa Collier will be the focus of a WNBA docuseries that follows her journey to motherhood.

The league shared a teaser for the three-part video series on Mother’s Day, in which Collier explains some of her pregnancy journey and says that she has dealt with a relatively easy pregnancy.

Happy #MothersDay to all the moms and mothers-to-be 💐 pic.twitter.com/lMai0z5jbi

While Collier’s status of rejoining the Lynx for the current WNBA season is unknown, she has said that she would like to return soon and play with veteran Sylvia Fowles during her final year.

"I’m going to try everything that I can to come back and be able to play with Syl. I would love to, especially for her last year,” Collier told reporters. “I miss playing, I want to be back on the court so I’m trying to prepare my body and I’m going to do everything afterwards to prepare my body to be able to do that. She’s one of the most amazing people, they call her Mama Syl for a reason. Even though this is her last year, she’s going to be a permanent fixture in my life."

Collier was the 2019 WNBA Rookie of the Year and is a two-time All-Star. She signed a multi-year extension with the Lynx in the offseason. Her baby daughter is due to be born towards the end of May.

The three-part docuseries will be released throughout 2022 and 2023, with the release dates not yet unveiled.