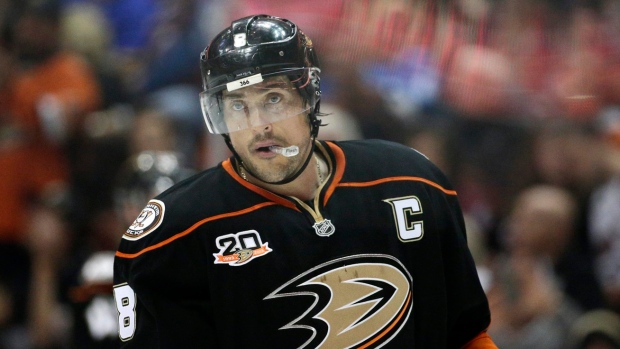 Growing up, the National Hockey League was merely a fantasy for Teemu Selanne. For him, making the top league in Finland as well as the national team was the goal. He saw his first NHL game live at age 12 when his hockey team travelled to New York and he saw the Philadelphia Flyers and New Jersey Devils.

“You realize how fast the game is,” Selanne tells TSN.ca. “It was an eye-opener on how fast those guys were and how the game was and everything. It was my first time in the big world. It was impressive.”

As the idea of a potential NHL career started to take hold in Selanne’s teenage years as he climbed the ranks of Finnish hockey, it led to him being drafted 10th overall at the 1988 NHL Draft by the Winnipeg Jets. It was in Winnipeg where an illustrious NHL career that spanned 21 seasons for a player dubbed ‘The Finnish Flash’ kicked off.

His journey led to him publishing an autobiography titled My Life, detailing his life on and off the ice.

“It’s about my life and not just hockey stuff,” said the 49-year-old Selanne. “I try to be honest in talking about different things, ups and downs.”

In addition to his hockey career, the book details his relationships with his family and friends in both Finland and North America and some of the more difficult moments in his life.

“Talking about one of my brothers with all the drug problems, and my parents’ divorce, my mother’s death and everything and those are probably the most painful things but I try to tell the story about what has happened and how I felt about certain things,” said Selanne.

On the ice, Selanne was a dominant offensive player. He scored 684 goals and posted 1,457 points in 1,451 games that included stints with the Jets, Anaheim Ducks, San Jose Sharks and Colorado Avalanche, all NHL records by a Finnish-born player. His 110 game-winning goals are fourth all-time in NHL history, tying him with Brett Hull. He is one of eight players to score 70 or more goals in a season. His NHL record for goals (76) and points (132) as a rookie still stands.

Selanne’s No. 8 jersey was retired by the Ducks in 2015, the first number to be retired by the organization. He was inducted into the Hockey Hall of Fame in 2017 alongside former teammate and friend Paul Kariya, who he refers to as his “on-ice soulmate.”

“We were thinking about hockey the same way,” said Selanne on his chemistry with Kariya. “We had the same key things we based our hockey on, speed and skills. It’s funny how easy hockey was with him, the chemistry we had, you don’t find that often; it felt like we were one step ahead of everyone else. We were able to do everything at high speed – that was the key.”

Even after many years, it’s clear that Selanne continues to hold Winnipeg in high regard, even after the stunning trade that sent him to Anaheim in 1996.

“It was a tough time,” said Selanne who is grateful he started his career in Winnipeg. “For sure it made me stronger and look at hockey in a different way and the whole business side. I really believe things happen for a reason. It happened to actually be good for me too. I really found a great home in Anaheim and I won the Stanley Cup there and everything. There are a lot of good things that happened as well.”

He was thrilled when he heard that Winnipeg was getting the Jets back in 2011.

“When I heard that, it made my day for sure,” Selanne remembers. “First thing when the schedule came out I checked when we were going to Winnipeg. When I got traded, I didn’t have a chance to say goodbye. I didn’t know what to expect, it was so many years between us playing there but the way the fans reacted and the feeling when I was back was incredible.”

Selanne admits he thought about going back to play with the Jets in the last couple years of his career but it went never further than that.

These days, Selanne enjoys watching the speed and skill the NHL has to offer, including his young countrymen making waves.

As for whom he thinks the best player in the NHL is today, he looks to the Edmonton Oilers’ captain.

“I love Connor McDavid. I think he’s the best player in the league. I like guys like Mathew Barzal on the Islanders. But I like I say, the beauty of this hockey, it doesn’t matter what game, who is playing, there are unbelievable players and it’s so much fun to watch them all,” said Selanne.

His academy consists of the top-20 ranked 16-year-old forwards in Finland who attend Selanne’s camp for four days in August and at the end of the season. Selanne remembers Kakko coming in as the sixth-ranked forward during his year. By the end of the season, he was “by far the number one” according to Selanne.

“That just tells you everybody grows up at different times,” said Selanne. “When I was that age, I didn’t even make the first national team. It took like four or five months before I got chosen to the second camp. We’re all different. It’s a good example for the young kids that if you’re not one of the best players at 15, 16, and 17, who cares? Believe in yourself.”

Asked who Selanne predicts will be the next Finnish superstar, one player came to mind, who coincidentally seems to share some of the attributes that made the ‘Finnish Flash’ an icon.

“There are a lot of unbelievable guys right now. Even from my camp there are six or seven guys drafted. There is a guy named Samu Salminen, he’s a 16-year-old kid, 2003-born. A big, left shooting winger, already six-foot-two, can skate like the wind, great hands, he has everything. I’m expecting he’s going to be unbelievable.”