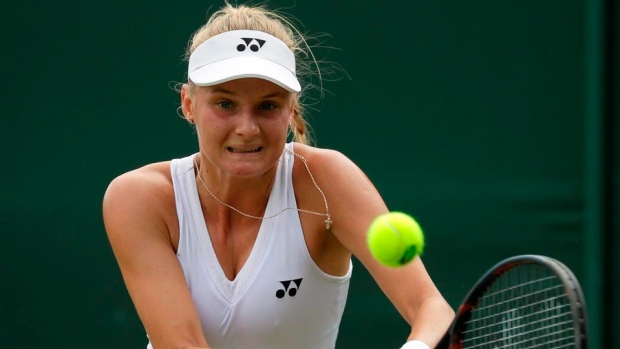 LONDON — The International Tennis Federation on Saturday denied a bid by 29th-ranked Dayana Yastremska to lift a suspension for failing an out-of-competition doping test.

The ruling can be appealed to the Court of Arbitration for Sport by the 20-year-old Ukrainian.

Players at Grand Slam tournaments and events sanctioned by the ITF, ATP and WTA are tested for substances prohibited by the World Anti-Doping Agency.

Yastremska drew a provisional suspension by the ITF on Jan. 7. She had tested positive for mesterolone metabolite, a prohibited substance that can be used to boost testosterone.

In a statement on her Twitter feed then, Yastremska said she was “astonished and under shock.”

“I firmly state that I have never used any performance enhancing drugs or any prohibited substances,” she said.

She said she passed a drug test at her most recent tournament, in Austria on Nov. 9.

Yastremska has won three WTA singles titles. She reached a career-high ranking of No. 21 a year ago. Her best showing at a Grand Slam tournament was reaching the fourth round at Wimbledon in her main-draw debut there in 2019.

“You can be assured that I am resolutely determined to do everything to clear my name,” Yastremska said.

Yastremska had travelled to Melbourne aboard one of the Tennis Australia charter flights and was in quarantine pending the result of the ITF hearing.