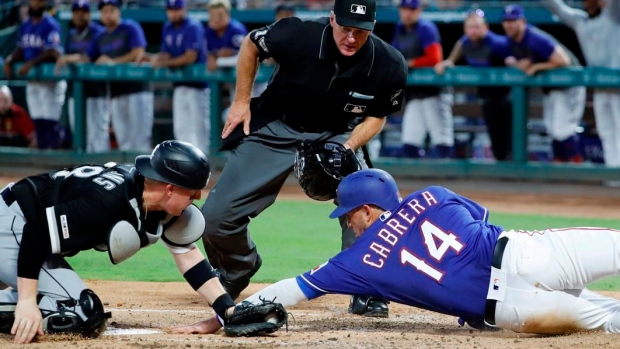 ARLINGTON, Texas — Texas Rangers third baseman Asdrúbal Cabrera will miss a three-game series at Detroit after the reduction of his four-game suspension from Major League Baseball for hitting an umpire with equipment.

The Rangers said Monday that Cabrera would serve a three-game suspension during their series against the Tigers that begins Tuesday.

Cabrera initially appealed the four-game suspension and undisclosed fine from MLB that was handed down Friday, a day after umpire crew chief Bill Miller was hit on the foot by a small plastic guard or batting gloves.

Cabrera tossed the plastic guard with the gloves wrapped inside of it after his ejection in the sixth inning of a 4-2 win over Cleveland on Thursday. That was a couple of pitches into the next batter after Cabrera had watched video of a called third strike against him by home plate umpire Doug Eddings.