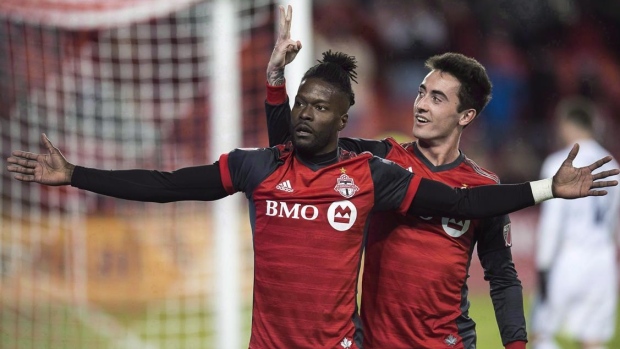 Toronto FC, which finished runner-up in the last CONCACAF Champions League, will play Panama's Club Atletico Independiente in the round of 16 of the 2019 competition.

Should it advance, Toronto will meet either Mexico's Club Deportivo Toluca or Sporting Kansas City in the quarterfinals. Its semifinal opponent would be the last team standing from Atlanta United versus C.S. Herediano (Costa Rica) and Mexico's Monterrey versus Alianza FC (El Salvador).

The knockout tournament features 16 top club teams from CONCACAF, which represents North and Central America and the Caribbean.

Toronto made it all the way to last season's final in April before losing to Chivas Guadalajara via a penalty shootout. TFC beat the Colorado Rapids and Mexico's Tigres and Club America along the way.

Guadalajara's win earned it a berth as the CONCACAF representative at the FIFA Club World Cup, which runs Dec. 12 to 22 in the United Arab Emirates.

The other eight teams were in Pot 2. Clubs from the same country could not meet in the first round.

The round of 16 is slated for late February and the quarterfinals for March, while the semifinals and finals will take place n April. All are two-legged series.