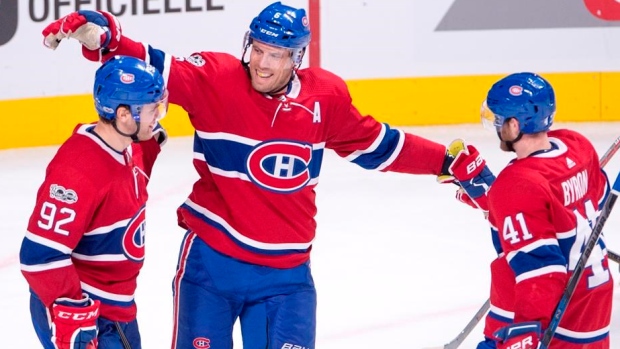 With a 2-6-1 record out the gate, Montreal Canadiens general manager Marc Bergevin believes his team's struggles is something that should be addressed from within the organization.

"The answer is in our dressing room," he told reporters in a rare early season news conference at the Bell Centre on Wednesday. "It's not the skill (that's missing), it's the confidence. You can play with a bad hand or bad foot, but if you play without confidence it's so obvious. I'm not going to make a panic move. I told these guys the answer is in that room."

The Canadiens played their most complete game of the season - a 5-1 win over the Florida Panthers - on Tuesday night for their first victory since opening night and their first regulation win of the season. But Bergevin wasn't quite satisfied, citing the fact that the Panthers had a great scoring chance just 10 seconds into the game.

“Defensively, we’ve struggled," he explained. "I see a team on their heels and not on their toes."

Montreal started the season well with a 3-2 shootout win over Buffalo on Oct. 5, but went on a seven-game losing streak that included a three-game California swing where they were outscored 16-5. Bergevin said he addressed the players before they returned to Montreal, but would not disclose what was said.

One of the players feeling the most heat is forward Alex Galchenyuk, who's been used on the fourth line as of late and has been the subject of trade rumours. Bergevin would not address the trade speculation surrounding his struggling winger, saying the important thing is to get his confidence back. "We're not giving up on the kid," he said. "He's still young. He's 23, not 27 or 28. He's a young player who we're going to continue to work with."

Bergevin didn't make any official commitment for defenceman Victor Mete to stay beyond his nine-game mark of the season, but said said if the 19-year-old keeps playing the way he has been, he will stay in Montreal.

Mete played his ninth game of the season on Tuesday and the club has to decide whether to return him to junior or have him play his potential 10th game - on Thursday against the Los Angeles Kings - and burn off the first year of his entry-level contract.

Mete, who has been paired with Shea Weber throughout the pre-season and regular season, has two assists and is minus-5 this season.