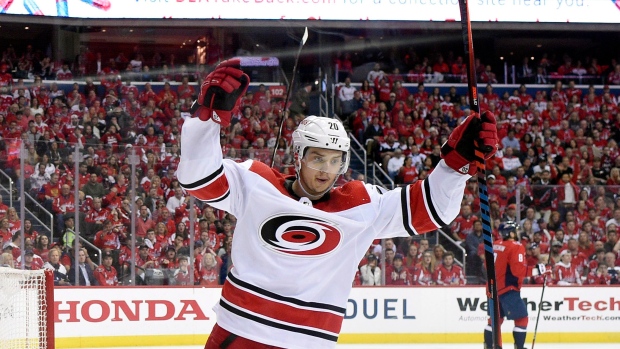 The Carolina Hurricanes announced they have officially matched the Montreal Canadiens' five-year, $42.27 million offer sheet to Sebastian Aho. The contract has an average annual value of $8.454 million.

Aho, 21, took to Twitter Sunday afternoon to release a statement.

"I am grateful for the offer from the Montreal Canadiens, but it was always my hope to return to the Hurricanes," said Aho. "As a restricted free agent, I had limited options for moving along the process to get a deal done. It was always important to me to be on the ice for the first day of training camp. This entire situation has been difficult for me and my family, and I am happy it is at an end. We have a young and exciting group in Carolina and I can't wait to be there with my teammates and get to work. I love it in Raleigh and I am thrilled that we can continue what we started last season."

In 2018-19, his third NHL season, Aho scored a career-high 30 goals and 83 points in 82 games. He added five goals and 12 points in 15 playoff games during the Stanley Cup playoffs where the Hurricanes were swept by the Boston Bruins in the Eastern Conference finals.