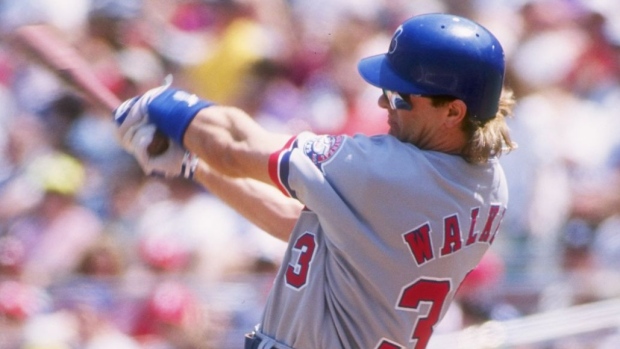 As TSN lets Montreal Expos and Canadian baseball fans stroll down memory lane with the rebroadcast of classic games, the talk invariably turns to what could have been.

On Sunday night on TSN2, 8 pm ET, viewers will enjoy a memorable tilt from April 13, 1994, between the Expos and Cincinnati Reds. The game is notable for pitcher Pedro Martinez’s attempt at a perfect game, and for a Reds outfielder charging the mound after being hit by a pitch.

But that magical season isn’t really remembered for this dust-up. Rather, it’s recalled as one the most tragic sports stories in the history of this country. Essentially, the 1994 Expos, and the teams fielded by the club the rest of the decade, became the team that never was.

Following a 1993 campaign which saw the young Expos end on a torrid pace and narrowly miss catching the Philadelphia Phillies for the National League East division, the 1994 edition was poised to challenge the Atlanta Braves in the newly-rejigged East division, following Major League Baseball’s realignment. The Braves were coming off three straight NL West division titles. But the Expos were powerful. They were fast. They were fearless.

“We were getting really good at the end of the 1993 season, we just couldn’t catch Philly,” second baseman Mike Lansing told TSN. “So we knew we were going to be good and compete again in ‘94.”

Despite being 16 to 1 odds in the preseason to win it all, the youthful Expos roster, managed by legendary teacher Felipe Alou, was supremely confident, even cocky.

During a team reunion event in Montreal in 2014, right-fielder Larry Walker let those in attendance know just how cocky they were. Walker said that he and centre-fielder Marquis Grissom used to play a game of chicken during games when they were bored in the outfield. Prior to a pitch, they’d stare at each other in the field, with the first one to look back in at the game action being the loser.

Early on, the Expos came out of the gate slowly, winning only nine of their first 19 games. The fan support at Olympic Stadium was also lukewarm in April and May, with only four home games topping 30,000 fans through the first 22 games.

But June saw the team – and fan base – flip a switch, as the Expos compiled a 19-8 record. The crowds at Olympic Stadium began to grow, with a late June three-game series versus the now division-rival Braves drawing over 40,000 for each game.

Montreal took two out of three games from Atlanta, including a memorable win over Braves ace Greg Maddux, keyed by a Cliff Floyd three-run home run. It’s widely regarded at the season’s turning point, when the team and fans knew they had something special. Famously, Maddux trashed the visitors' clubhouse after giving up five earned runs.

A year after the 1992-93 Canadiens had won the Stanley Cup, the summer of 1994 saw Montreal become a baseball town, reminiscent of the early '80s, when Gary Carter, Andre Dawson and Tim Raines were the faces of the team. Now, the emerging stars were Walker, Grissom, Moises Alou and Pedro Martinez, among others. Expos hats and shirts began to be worn en masse by the city’s sports fans. The iconic This Week in Baseball program featured the team.

By the all-star break, all of baseball was taking notice of the Expos, who sent five players to the midsummer classic. Grissom hit a late-inning all-star game-tying home run, while Alou won it with a walk-off double. The Expos had arrived – in more ways than one.

The crowds and atmosphere at the normally cavernous Olympic Stadium were raucous. In fact, the last four home games the Expos played in 1994 (Aug. 1-4 versus the St. Louis Cardinals) all featured crowds of 30,000-plus, including over 39,000 for the final home matchup.

As the Expos embarked on an August road trip that would see them win six of the last seven games of the season, Montreal baseball fans knew that labour unrest threatened to disrupt the team’s momentum.

While some expected a moderate labour stoppage to occur, a complete cancellation of the season was simply inconceivable to most. The World Series had been awarded every year since 1905.

On August 11, 1994, following a 4-0 loss in Pittsburgh, the Expos - and every player in the majors - suited up for their last game and went on strike the next day. The season never resumed. At the time, Montreal had a six-game lead on the Braves in the NL East and boasted the best record in the majors at 74-40.

“When the strike hit, we were all prepared, but we all figured we would be back in probably two weeks,” recalled Lansing. “I don’t think any of us figured things would not get fixed and the season would be wiped out.”

The Expos were never the same. Rather than attempt to keep the team together for the 1995 season, the ownership group, led by president Claude Brochu, made the decision to cut payroll, which included many talented young players still in their prime.

The result was a fire sale of epic proportions. Grissom was traded to the rival Braves, where he subsequently won the World Series the next season. Closer John Wetteland was traded to the New York Yankees, where he was named World Series MVP in 1996. Ace pitcher Ken Hill was traded to the St. Louis Cardinals. He ended up reaching the postseason in each of the next two seasons with Cleveland and then Texas. Walker was allowed to leave as a free agent, even though he was open to staying. He would win the NL MVP as a member of the Colorado Rockies in 1997.

In 1995, the Expos finished last in the division, 24 games behind the Braves. It halted any momentum that the franchise and fan base had built and felt during the 1993 and 1994 seasons. Casual fans went back to focusing on the Canadiens. Others washed their hands of Major League Baseball, feeling they were robbed of a magical season. The labour stoppage – and subsequent fire sale – irreparably damaged baseball in Montreal.

Much like an actor who passes away far too young, the 1994 Expos have taken on a legendary, almost mythical status. Some swear that Montreal was destined to win it all in 1994. Others believe that the franchise had a dynasty in the making. Had the year played out, might it have led to a new stadium, much like it did for the Seattle Mariners following their exciting 1995 postseason run? We’ll never know.

In some ways, the 1994 Montreal Expos perfectly encapsulate the history of the franchise; exciting, full of great stars and stories, but unable to reach the pinnacle of the sport.

Meanwhile, the Washington Nationals, formerly the Expos, finally won it all in 2019.

As for the Montreal market, a group led by Stephen Bronfman, son of Expos founder Charles Bronfman, is working to bring MLB back to the city, possibly in the form of sharing the Tampa Bay Rays franchise.

Fortunately, we can enjoy this shooting star-of-a-team this Sunday on TSN.