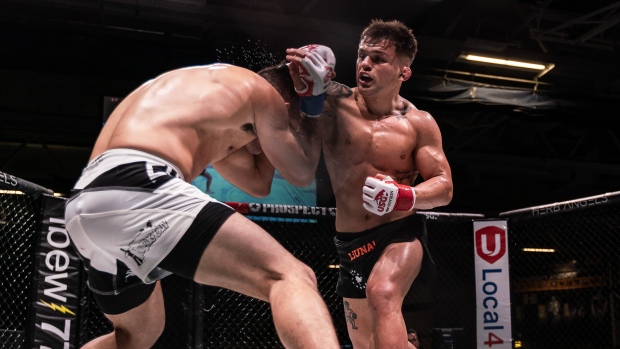 This article is the first in a series that will profile five of the top Canadian mixed martial artists not yet signed to a major promotion.

August 11 is a day of particular significance for T.J. Laramie.

It’s not only the day that the 22-year-old Windsor, Ont., native will try to achieve his dream of earning a UFC contract when he competes on the Dana White Contender Series, but it is also the day that his mother, Anne, was born.

Sadly, should the featherweight prospect earn a UFC contract that night, she will not be able to share the moment with him.

Anne passed away when Laramie was just eight years old as the result of a drug overdose.

“To experience such loss at such a young age, I feel it really built me up to be who I am now,” Laramie told TSN. “Especially in my mom’s case where she really fell into addiction.”

Laramie believes that his mother’s addiction issues were exacerbated by the sudden loss of her son, Eric, Laramie’s half-brother, just two months earlier.

“It was amplified as her first son passed away,” said Laramie. “I would never know what that feels like, but I’m sure losing a child is just devastating.”

Years later, Laramie’s father Todd would introduce him and his younger brother, Tony, another high-level prospect, to mixed martial arts. Both started training in pursuit of a career in the sport.

“From the day I started training and watching [the UFC], that’s basically where I’ve wanted to be,” said Laramie.

Laramie’s credentials on the regional scene are impressive. At just 20 years of age, Laramie won the TKO featherweight title by defeating Charles Jourdain, who signed to the UFC last year. Laramie would go on to also win the Prospect FC featherweight championship late last year.

The Quebec-based TKO has been a breeding ground for Canadian talent, including the likes of Georges St-Pierre, David Loiseau and Mark Hominick.

The brothers have had some stumbles along the way. T.J. lost twice to highly touted Canadian prospect Alex Morgan and once to Vince Murdock, who is now on the UFC roster. Tony, who is 15 months younger than T.J., lost two in a row in 2017, when he was just 18 years of age.

Since then, both Laramie brothers have won three fights in a row. Now T.J. faces Spokane, Wash.’s Daniel Swain (20-9-1) with a potential UFC contract on the line.

“We’ve watched a ton of Daniel Swain,” said Laramie’s striking coach Kara Ro, a retired, undefeated boxer from Windsor. “He comes out fast, he’s a fast starter. I don’t think he has the endurance that T.J. has…I think T.J.’s more well-rounded. I don’t think it’s going to be a good night for Daniel either standing or on the ground.” 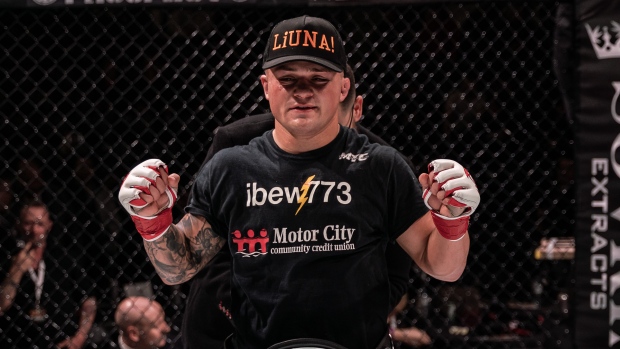 For several years, the Laramie brothers have been touted as two of Canada’s top mixed martial arts prospects and now one of them will finally get to show what they can do at the next level.

“He gets better every day,” said Ro. “He eats, sleeps, breathes training. It will be 10:30 at night and he’ll ask me, ‘Are you too tired to train? Can we go in the garage and hit pads?’ He lives it. He just gets better and better all the time.”

Laramie’s previous bout was against Andrew Cruz, who was riding a three-fight win streak. His precision was surgical, making victory look easy against a very tough and skilled adversary.

“What makes him special is the way he processes the game mid-fight,” said TSN mixed martial arts analyst Robin Black, who has done commentary for Laramie’s fights in TKO and Prospect FC. “More often than not, he will make the superior decision to win the moments.”

With the fight taking place on August 11, Laramie can’t help but feel like the stars have aligned as he aims to earn a life-altering opportunity.

“It being my mom’s birthday and everything on that day, I feel like it’s meant to be,” he said.