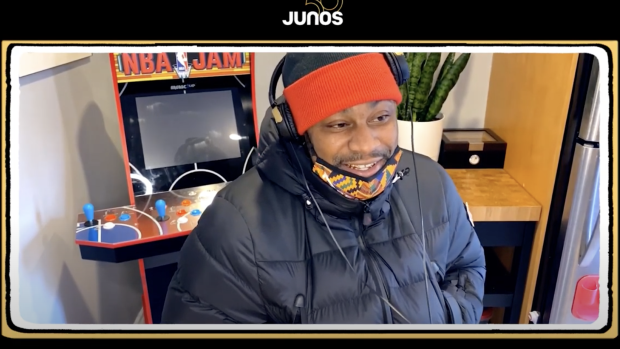 To celebrate 50 years, the JUNO's interviewed Marshawn Lynch about Canadian music and his answers were just as you would expect them to be.

Outside of being well-known for his excellence ON the field, spending 13 seasons in the NFL, primarily with the Seattle Seahawks, as their star running back, off the field Lynch is pretty well-known for his personality and his approach to interviews - he always keeps things honest. It was no different when the Oakland native was asked about Canadian music. Although, this isn't Beastmode's first stint with Canadian music, he was featured in Drakes "Laugh Now Cry Later" music video back in 2020.

If there's one thing you can expect out of him, it's an interesting interview

To celebrate 50 years of #JUNOS, we asked @moneylynch to listen to some iconic songs and tell us what “Canadian Music” sounds like.

Watch him listen to @celinedion’s “My Heart Will Go On”, Men Without Hats’ “Safety Dance”, and more! pic.twitter.com/Rv5AtQxq9Y