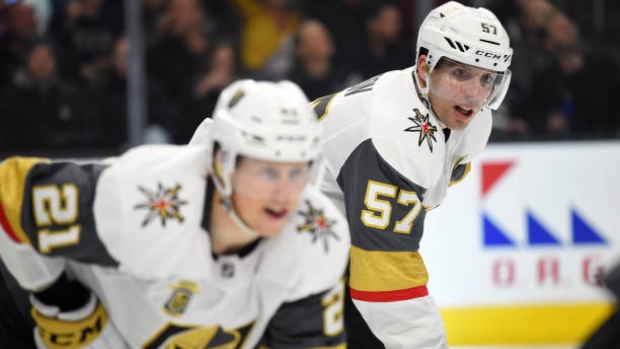 Hundreds of contracts are handed out to restricted and unrestricted free agents every summer. The starting point for all of those negotiations revolves around scoring rates. So, what happens when scoring rates are misleading?

This is a critical focus area for any general manager wading through contract talks. Point totals – as simplistic as they are – tend to be one of the more robust measures we have of individual talent and impact on the game, and that’s particularly true for forwards. The more an attacker is involved in the run of play, the higher the likelihood of him accumulating points. Since point scoring is a repeatable talent (i.e., we tend to see strong scorers repeat as strong scorers in subsequent years, and the opposite holds true for weak scorers), it makes sense to heavily consider scoring rates when evaluating contracts.

But there are issues. All points, by the literal definition, are equal. One goal is equivalent to one primary assist and one secondary assist. But behaviourally we know this is false. Goals and primary assists are strong indicators of positive offensive impact; secondary assists tend to be extremely noisy and often regress heavily in future periods. Another way of saying this: If you are considering scoring when it comes to a player’s next contract, you probably want to deal in the world of primary points, and not all points.

Not every goal will have a secondary assist allocated, which certainly helps trim some of the noise. But there are still enough secondary assists out there to have quite an impact on a player’s total scoring rates. 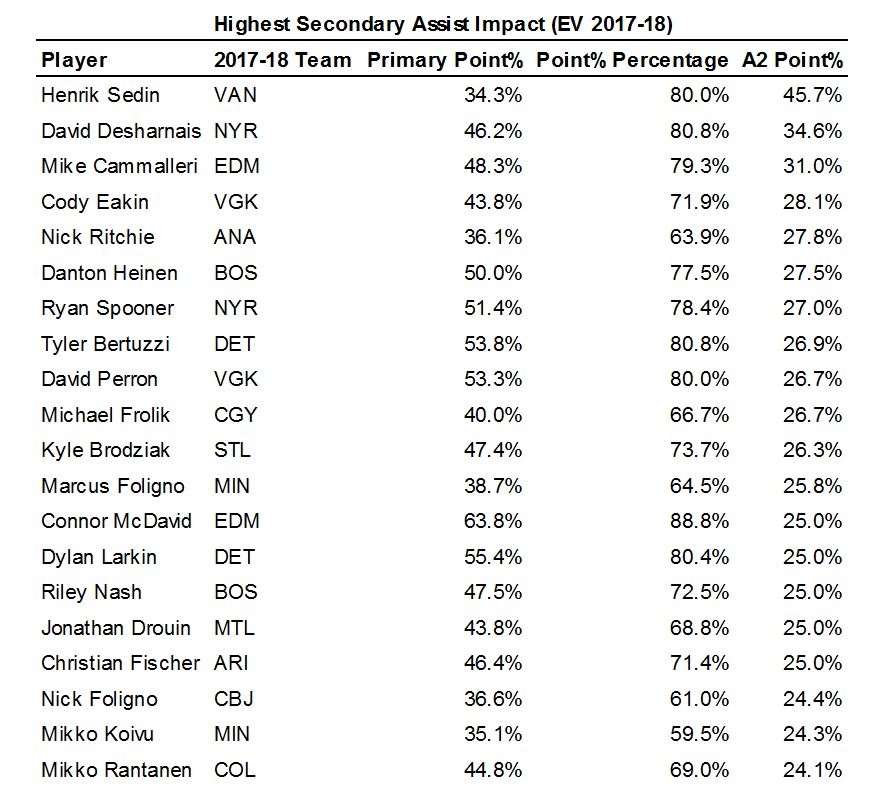 Some of the percentages at the highest end of the spectrum seem hard to believe. Henrik Sedin picked up points on 80 per cent of the goals Vancouver scored while he was on the ice in his final season, which is substantially higher than league average. But the number that’s harder to believe is the secondary assist piece. Of Sedin’s 25 5-on-5 points, 16 of those were secondary assists. That’s about 10 more than we would expect in normal circumstances.

Sedin’s name is a bit less interesting since he retired at year’s end, but thankfully there are a number of players to take a look at. David Perron – who signed a lucrative four-year, $16-milllion dollar contract with St. Louis this summer – is probably at the top of my list. Perron had points on 80 per cent of Vegas’ goals while on the ice, which is already high. But he also had the secondary assist on 27 per cent of those – about double what we would consider normal. Perron seems like a fine playmaker, but I think it’s fair to conclude that last year was kind by about seven assists, and again, that’s just at 5-on-5.

Secondary assists being noisy cuts both ways, though. So long as we are lumping all of these counting measures together, we need to look at the guys who didn’t get any luck by way of secondary assists. These guys are going to be well below that 15 per cent number. 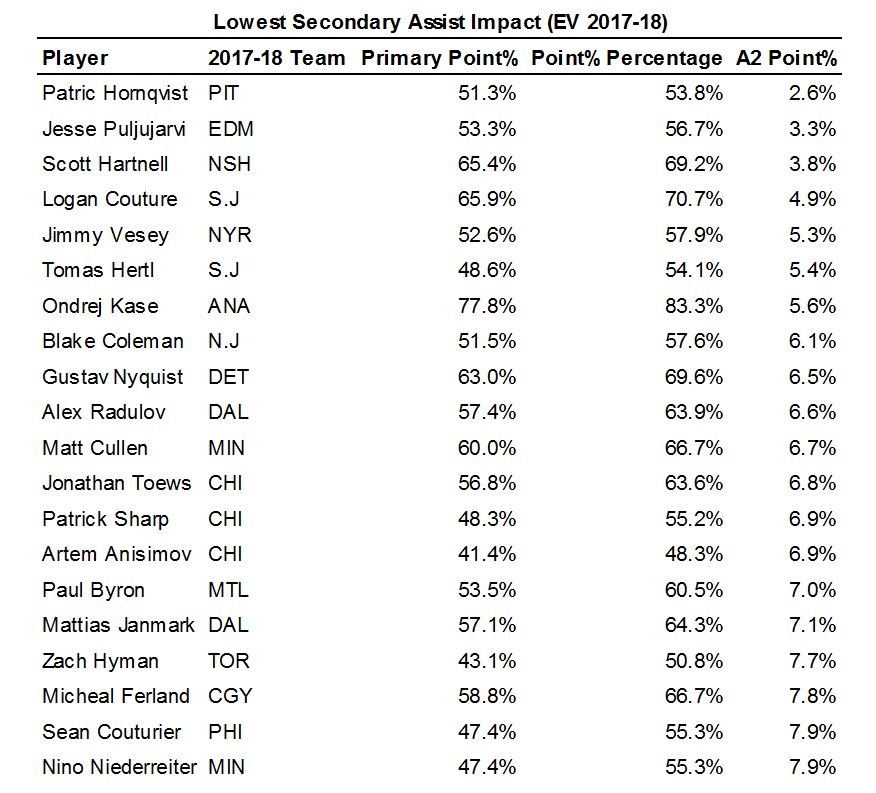 This table is a bit more interesting because there are so many impact players populating the leaderboard. Pittsburgh’s Patric Hornqvist is fascinating – he’s not a primary scoring option on such a loaded Penguins team, but the fact that the guy had one secondary assist in nearly 1,000 minutes and 39 Pittsburgh goals is insane. Even a player with a defined role like Hornqvist shouldn’t be getting this unlucky, and last year was surely an outlier. Over the last four seasons, Hornqvist has accumulated the following secondary assist totals per-60 minutes of play: 0.49, 0.60, 0.34, and 0.07. It is a massive outlier.

The most ironic inclusion on this list though would surely be Philadelphia’s Sean Couturier. He managed to pick up just six secondary assists on 76 Flyers goals, which cost him about seven 5-on-5 points in the season (that number, it should be noted, is the largest “loss” for any regular skater in the league). It’s amazing to think that a player like Couturier – who nearly doubled his point total year-over-year and easily had his most productive offensive season since entering the league – could have been simultaneously unlucky, but that appears to be the case.

Secondary assists are just one data point, but a critical one to keep in mind when analyzing a player’s true production. There is no doubt at this point that they are a mostly random attribution that aren’t reflective of a player’s true offensive impact, but somehow continue to get lumped into point totals – the same point totals that can drive how much a front office may or may not be willing to pay for a player in the future.