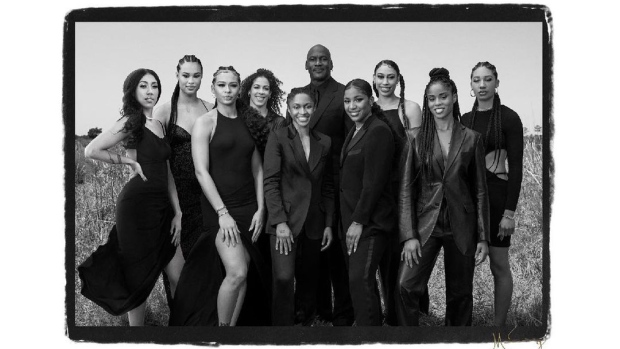 Jordan Brand has announced the addition of eight WNBA athletes to bring its total in the league to 11 endorsed athletes, becoming the largest WNBA roster in Jordan Brand history.

“The world needs female voices, and we can’t ignore that or else we’re not growing,” said Michael Jordan in a statement. “The Jordan Brand is committed to giving women a platform to amplify their voices, which influence, inspire and push culture forward.”

To celebrate the 25th anniversary of the @WNBA’s inaugural game, Jordan Brand is proud to announce its largest female roster ever: A group of inspiring women, whose impact extends far beyond the court, and who continue to prove they’re here for a reason.

“Representation really matters at this point in time,” says Seattle Storm point guard Jordin Canada. “To have eleven black women be a part of this brand allows the younger generation and younger women to see that they can be like us — they can have that opportunity. I didn't see that growing up.”

This news falls on the 25th anniversary of the WNBA’s inaugural game and one of the most viewed seasons. According to NBA Canada, Canadian viewership on opening weekend went up by 325 percent.