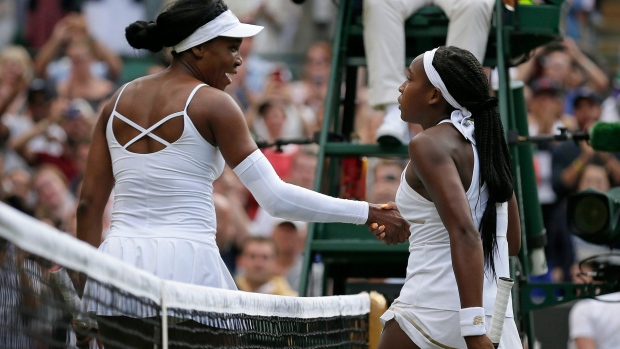 Venus Williams and Coco Gauff playing together was most likely not on anyone’s bingo card for 2021, but it’s happening. Williams, 40, and Gauff, 17, will be teaming up in women’s doubles at the 2021 French Open.

This is probably a full-circle moment for both athletes. For years, Williams, along with her sister Serena, was the face of Black female tennis players. As a child, Gauff idolized both women and are the reasons she started playing the sport.

Funny enough, the world was introduced to Gauff, when she beat Williams in the opening round at Wimbledon in 2019.

“They’re just really great role models for me,” Gauff said in 2019 of the Williams sisters. “My whole life I looked up to them, even now I still look up to them, and my game is kind of modeled a little bit after them.”

The pair will play against 13th seeds Ellen Perez and Zheng Saisai in the opening round on Wednesday.