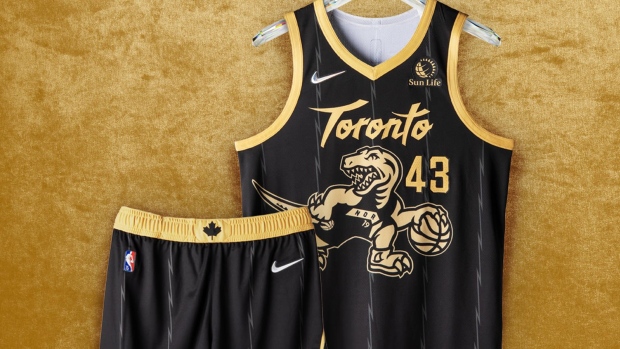 On Monday, the NBA officially unveiled their 2021-22 Nike City Edition jerseys for all 30 teams around the league.

The Toronto Raptors are bringing back their black and gold OVO-inspired theme, using the team’s original jersey from the 1990s with the cartoon dinosaur logo and pinstripes as a design base. The cartoon dinosaur has been updated to wear the team’s current jersey style, with the number 19 in reference to the team’s 2019 championship season.


The NBA revealed all 30 City Edition jerseys in a video commemorating the league’s 75th anniversary season; teams have also released closer looks at each jersey on their own social media pages.